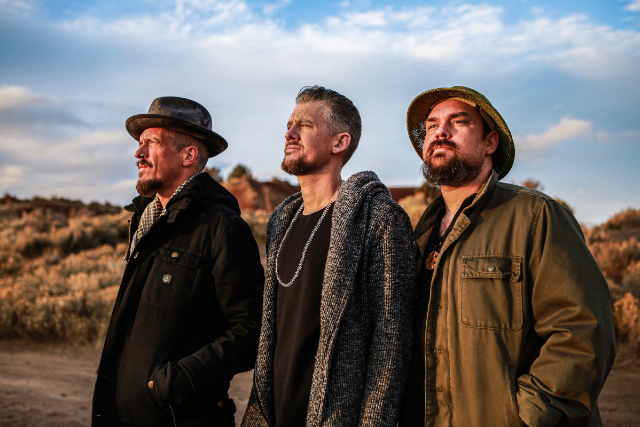 Currently based in Oregon, Indubious has released six albums over the past few years, including The Bridge which was released through Easy Star Records and features guest artists Sizzla, Capleton, Mike Love, Anthony B, Jah9, Zion I, Wookiefoot and more. Their previous album Beleaf, released summer 2019, debuted at #1 on the Billboard Reggae Chart and #2 on iTunes Reggae Chart. All songs were written, produced, and engineered by Indubious, and 5 of their albums are released on their own label, Righteous Sound Productions.

Armed with impressive instrumental skill, powerful harmonies, and an electrifying stage presence, Indubious is destined to change the face of music. They have developed a steadily rising reputation as ambassadors of the West Coast Reggae movement. Leaving audiences stunned and amazed whilst shattering any preconceived notions of genre and style, they recruit fans from all walks of life, affectionately called "Indubians."

Kailash’s musical journey began at the age of two, studying piano at the Amabile School of Music in San Francisco, California. Under the tutelage of Rachel Kim, Kailash began studying the fundamentals of music theory. Relocating to the North Bay in 2016, Kailash transitioned to study piano performance and music theory under the skilled guidance of Jennifer Grant. He embarked in voice lessons with Erin Greenwell, expanding his natural affinity for expression through song. Kailash has received numerous accolades for his achievements in piano, including awards to the MTAC State Piano Competitions. In 2022, Kailash was the recipient of the Junior Marin Music Chest Scholarship and the Robert Greenwood Award.

Kailash’s debut at the Right Vibes Festival in Santa Cruz 2021 was a pivotal moment in his musical development and an exciting development for reggae fans around the world. The pairing of iconic reggae legend Don Carlos with emerging young talent, Kailash, sounded a clarion call. It gave discerning listeners hope that conscious music was still breathing. This meeting in Santa Cruz led to a number of memorable performances, most notably with Slightly Stoopid at the Red Rocks Amphitheater in Morrison, Colorado, Petco Park in San Diego, as well as the Cali Vibes Festival in Long Beach.