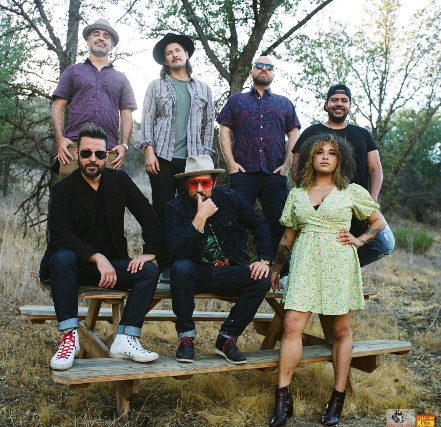 Dustbowl Revival has always been about pushing the boundaries of what American roots music can be. After celebrating over a decade of sonic adventuring and playing thousands of shows together in ten countries and counting, the group collected a devoted fanbase coast-to-coast. After throwing five of their own virtual Sway-At-Home festivals during the shut-down featuring nearly forty artists, the always evolving group of string and brass players led by founding members Z. Lupetin, Josh Heffernan, Ulf Bjorlin are excited to welcome a new wave of talent to the band, after emerging from a pandemic touring hiatus.

GA-20
GA-20 clearly is on to something big. It’s a movement, a new traditional blues revival. The dynamic, throwback blues trio are disciples of the place where traditional blues, country and rock ‘n’ roll intersect. “We make records that we would want to listen to,” says guitarist Matt Stubbs. “It’s our take on the song-based traditional electric blues we love.” Stubbs, guitarist/vocalist Pat Faherty, and drummer Tim Carman have been at the forefront of this traditional blues revival since they first formed in 2018. It’s no wonder they skyrocketed to the top of the Billboard Blues Chart.

According to Stubbs, “Since we started the band we’ve focused on the story, the melody, and on creating a mood. Playing live as much as we do, we’re finding more and more that people are discovering how cool it all is. Traditional country, soul and funk music have all had these massive recent revivals, but traditional blues so far has not.” With their new Colemine album, Crackdown, and an intensive tour schedule, that’s all about to change.