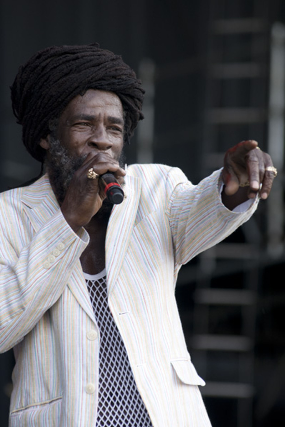 Moe's Alley welcomes back The Itals with special guests plus DJ spleece!

Long before the Itals were a spark in their producer’s eye, Keith Porter recorded his first hit single, “Hitey Titey”, with the Westmorelites on the Studio One label in 1967. Around 1969, Keith became lead singer for a band named Soul Hermit, backed by Eugene Gray and Wignal Henry on guitars, and Reginald Seewell and Nash on base and drums. They played in numerous entertainment sectors of Jamaica until Owen Sinclair put together a new band in 1971. Called Future Generation, the band was composed of Dalton James and Roy Hilton on drums, Devon Henry on keyboards, Eugene Gray, guitar, Scott on sax, and Keith on vocals. They performed all over Jamaica for X amount of years, singing all styles of music, American R&B and love songs and native Jamaican songs.

Over the years, the Itals have performed countless shows worldwide. Although the background harmonies sometimes change, they always sound as sweet as ever, backing the original Itals lead vocalist, Keith Porter. Now, with the release of “Mi Livity,” Mr. Porter steps a little further out front and demonstrates why good reggae music allows no labels or limitations.
Please Note: This event is 21 and over. Any Ticket holder unable to present valid identification indicating that they are at least 21 years of age will not be admitted to this event, and will not be eligible for a refund.