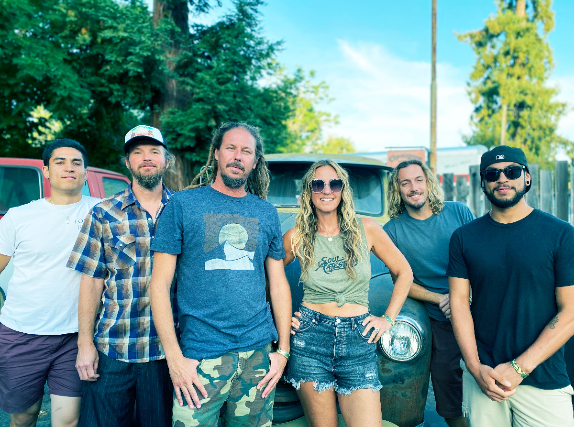 Moe's Alley presents the return of Soul Majestic with a special acoustic set from Rastan!

Conceived on the sandy shores of California, Soul Majestic channels their sunny beach days and bonfire nights into their unique style of reggae music. Look beyond their laid back vibe, and you’ll find they are ever pushing the boundaries of the genre with an edge that cuts through the smoky haze. Their music blends a deep commitment to roots reggae with a love of hip-hop, R&B, rock, pop and folk music. It’s reggae, but original–a new twist on familiar sounds–with conscious, heartfelt, and socially relevant yet timeless messages. Their signature vocal sound features male and female singers trading melodies and soaring harmonies, laced with edgy, crowd hyping dancehall verses and memorable hooks. Epic lead guitar solos wail over a wide range of tight danceable beats, rock flourishes, and heavy-dub interludes that will captivate and move you to dance.

Rastan
Born in Oakland, California to Jamaican parents, Rastan is a singer, songwriter, producer, and audio engineer from Santa Cruz, California. As a child, he would accompany his father, Tito Caleto, a songwriter/vocalist from Kingston, Jamaica to recording sessions and performances. Rastan started recording at 5 years old, initially working on background vocals for his father. Before turning 6, he performed for the first time at a Reggae festival in the Bay Area. At 9 years old, he recorded his first solo EP titled "Father & Son", written entirely by his father, Tito Caleto, and produced by Rankin Scroo. Rastan went on to open up for Reggae heavyweights including Burning Spear, Damian Marley, Gregory Isaacs, and Beenie Man all before turning 15. He describes his music as finding the perfect balance between his Jamaican background and Californian upbringing. In 2019, Rastan signed his first recording contract with Ineffable Records, the label arm of Ineffable Music. In 2021, Rastan started Midtown Melodies, a California based production and music publishing company.