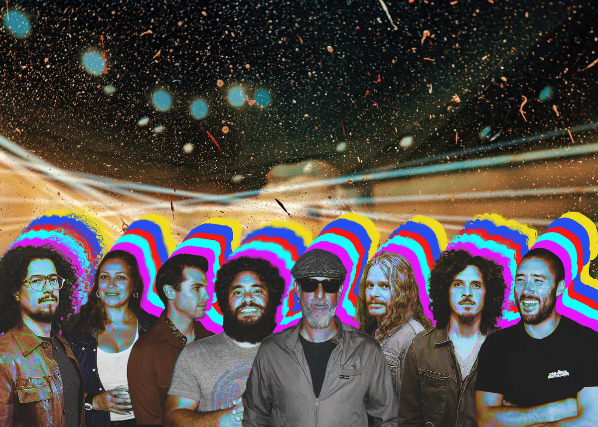 Moe's Alley presents the return of one of the baddest bands around - ORGŌNE - with special guests Object Heavy!

ORGŌNE
With a signature sound signified by lockstep rhythms & a deep grasp of soul and funk, ORGŌNE has built a reputation over the past 2 decades as being one of the tightest, fieriest live bands in the country & a top notch crew in the studio. On their new album “Lost Knights”, ORGŌNE offer up a collection of heavy-duty psychedelic funk-rock anthems created to be played loud and raucously.

Object Heavy is Northern California’s hardest hitting Soul sensation. While based in Arcata, this cast of musical characters has made waves up and down the North Coast of California, the Pacific Northwest, and various parts of the United States, as well as being voted best band in Humboldt, two out of three years nominated.

Fast forward to where Object Heavy has hit the studio, cooked up a new album produced by Kelly Finnigan(Monophonics), showing off their progressive yet soulful sound. This will be released in the coming months of 2022.

With powerhouse vocalist Richard Love at the helm, and backed by Brian Swislow(keys), Leo Plummer(gtr), Ian Taylor(bass), and Sam Kaplan-Good(drums), the band is fully prepared for whatever’s next, leading into the future in celebration of their new album, “Love & Gravity”.