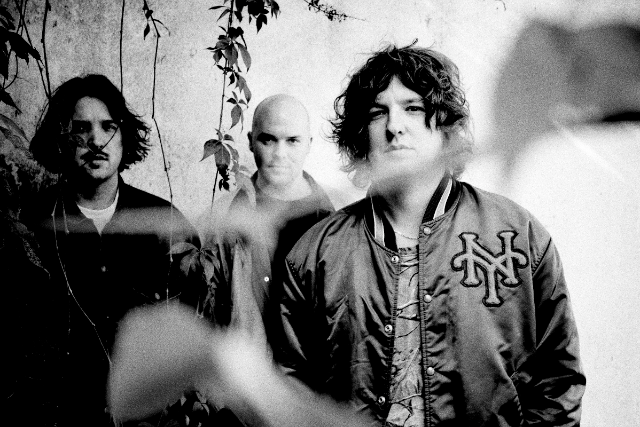 BASS DRUM OF DEATH
“Bursting with raw energy and renewed vigour.” - 8/10, Uncut
“Scuzzy rock’n’roll at its authentic, hedonistic, dirty best” - ✯✯✯✯ Record Collector
Bass Drum Of Death
Say I Won’t is the first Bass Drum of Death album written, demoed, and recorded with the touring band, instead of bandleader John Barrett doing everything on his own. He found a freedom in working with collaborators that wasn’t available to him before, opening different aspects of the songwriting. It was a process of live recording, layering on different parts and overdubs, and then stripping it all back to the bones of the song, keeping the raw wild heart of the music intact. “My first two records were made entirely by me alone with my gear, my laptop, and a Snowball USB mic,” says Barrett. “They were just made quickly, cheaply, as an excuse to tour. I wanted to take my time with this record. Make something good that I was proud of in itself.”
The band recorded the new record with Patrick Carney of The Black Keys at Audio Eagle Studios in Nashville and the result is a groove-oriented, 1970’s-indebted collection of rock songs, with tempos set for cruising and scuzzy guitars galore. There’s an energy and vitality to the music that feels in line with the best of the Bass Drum songs, but with an added boost that comes from new bandmates and a new perspective.
The album finds a reinvigorated Barrett firing at all cylinders, backed by his best band yet. It’s Bass Drum of Death at their loosest and scuzziest and most tuneful, a true rock record in all the right ways. It’s a throwback by way of moving forward, sporting a maturity and swagger that comes from a decade of playing music on the road and surviving to tell about it. More than anything, Say I Won’t is a blast to listen to, music built for driving with your stereo cranked.

HAVE A RAD DAY

Since first coming together in 2018, Have a Rad Day (formerly H.A.R.D.) have become an indispensable fixture in Nashville's underground rock scene, boasting huge riffs, anthemic choruses, and party punk energy. The band have released a prolific string of singles throughout the pandemic, and are currently dropping a new song every month through the end of 2023.
Please Note: This event is 21 and over. Any Ticket holder unable to present valid identification indicating that they are at least 21 years of age will not be admitted to this event, and will not be eligible for a refund.