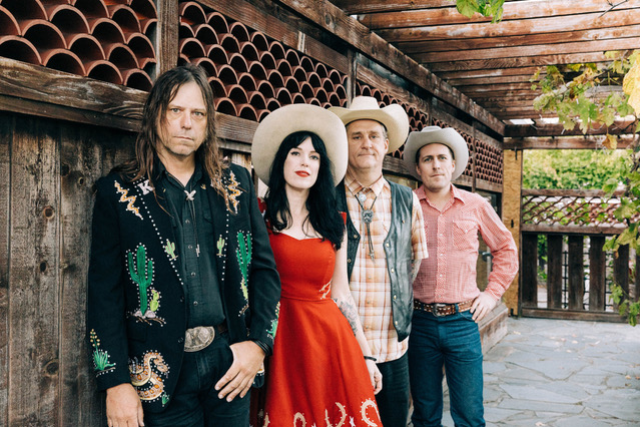 Moe's Alley Presents a high-flying night of country and cow-punk with Jenny Don't & The Spurs with special guests Hank & Ella with The Fine Country Band plus Mike Hellman!

JENNY DON'T & THE SPURS
"You've already got a couple of Spurs' past bands in your collection anyway, with rodeo rider turned musical revivalist Jenny Don't fronting a band featuring ex-members of the Wipers and Pierced Arrows. Together, they keep shattering misconceptions country folks have about punk rockers and vice versa."
-Bobby More // Stomp and Stammer

Since their inception in 2012, the Spurs have kept a relentless schedule of recording, playing locally, and touring. After nearly 500 live appearances in almost a dozen countries, and with a slew of albums and singles to their name, Jenny Don’t and The Spurs are just getting warmed up.

This lineup – Jenny, Kelly, Christopher, and Sam – formed the core of the group for several great years, solidifying the band’s sound and enabling them to tour extensively until January of 2022.

Now, with a revamped lineup, as well as a decade of live appearances under their tooled-leather Western belts, the Spurs aren’t slowing down a bit. The Spurs are a musical force to be reckoned with, and the intensity and energy of their live set is a must-see for anyone who enjoys spirited garage-infused country music played with sincerity and raw conviction.

A husband and wife duo who are well versed in vintage country, traditional Americana and all sorts of variations of roots music, Hank and Ella bring The Fine Country Band along with them for a retro and modern effort of 13 originals on this exceptional album.

“Down By The Waterline” starts the listen with Hank’s cautious acoustic guitar and rugged vocals that complement Ella’s pretty pipes as Uncle Dave Magram’s glowing pedal steel adds much to the California country sounds, and “Lucky When It Rains” follows with Ella’s fiddle acrobatics making an impression as fluid, melodic country rock unfolds.

Elsewhere, “The Good Old Days Are Now” injects some honky tonk fun into the playful setting, while “Riding On Easy” benefits from Marty Carpenter’s deft drumming in the lush duet. “Good At Being Lonely”, one of the album’s best, then displays much beauty amid a gentle, reflective climate that tips its hat to classic country sensibilities that we could never tire of.

Near the end, “Double Vision” will get headed to the dance floor with its sing-along quality and barnyard flavor, and “It’s Only Money” exits the listen frisky, highly memorable and includes some bluegrass nods in their irresistible formula.

An excellent outing in the area of rural anthems and timeless country dynamics, Hank & Ella and company remind us that Bakersfield was just as important as Nashville in paving the way for countless bands and records, past and present, and few are interpreting that sound as well as these artists.