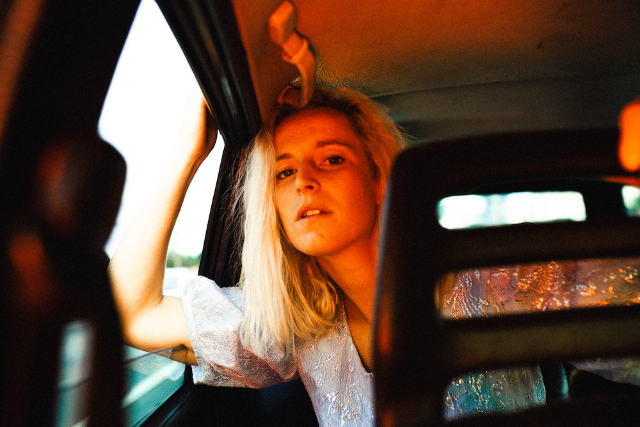 
DEAD NETTLE
Dead Nettle is the moniker for Lindsey Wall, who recently recorded and released her first album, “How I Thought” under the new name. It’s an amalgamation of fierce folk, indie rock songs, with a nostalgic grungy edge. In her writing and performing, she explores universal ideas in an intuitive and metaphorical writing style.


MAYA ELISE & THE GOOD DREAM
Songwriter Maya Elise leads an endearing indie-folk band whose music is a warm expression of harmonic solace with stories that speak to the vulnerable curiosity of our lives. The music itself brings a certain nostalgia with classic folk harmonies, but stays current with inventive song structures & relatable yet personal story telling. The sweeping honesty inherent in this group’s music can move a crowd to both silence and jubilation. The band’s self-released album Songs For The Breakdown is the pinnacle of Maya Elise & The Good Dream’s welcoming and genuine folk music to date.


NAT LEFKOFF
Nat Lefkoff is a musician dedicated to distilling the human condition and disarming listeners. His music shows off the honesty, vulnerability and intensity of his lyrics and performance. With a voice that pulls at your heart until it surrenders, Nat's music is more than a collection of chords and sincere words. It is the experience of life, pain, and hunger masterfully articulated into song.