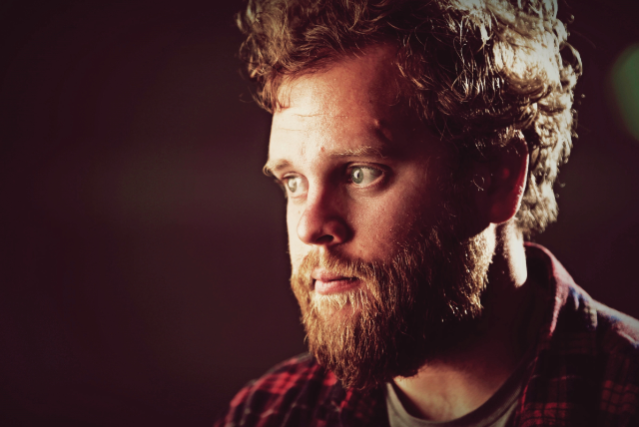 JEFFREY MARTIN
Portland, Oregon's Jeffrey Martin is a minister's son who can build a house with his bare hands and holds a master's degree in English. He worked his way through school as a carpenter, then, following graduation, spent four years teaching high school.

It was during that time that his career as a songwriter came into bloom. Struggling to strike a balance between his increasingly rigorous Northwest/West Coast touring and his efforts to get teenagers to love words as much as he did, Martin found himself in the tricky position of having to choose between his two passions.

Much to the delight of his fans, music won the day. Now, with three intensely lyric-driven albums under his belt, two of which were released on the Portland indie-label, Fluff & Gravy Records, Martin has developed a loyal and growing audience, both domestically and abroad. Prior to the halting effects that a global pandemic placed on his ability to do so, Martin kept a restless touring schedule. It's taken him on several laps around the U.S. and Europe and landed him on stages with luminaries from the genre including Courtney Marie Andrews, Joe Pug, Gregory Alan Isakov, Jeffrey Foucault, Sean Hayes, Peter Mulvey, Amanda Shires, Colter Wall, Ruth Moody, Caitlin Canty, and others.

TAYLOR KINGMAN
In a time drenched in escapism, where an unceasing barrage of synthetic shine promises comfort and relief from facing the complexity of our natures, Taylor Kingman's new album Hollow Sound is an antithetical long night in a solitary cave, with nothing but a small fire and a hard look inward to keep you company.

Between his work fronting TK & The Holy Know-Nothings and his 2017 solo debut Wannabe, Kingman is no stranger to the darkness. But here he transcends the desolate rock bottom, as Hollow Sound whispers, then howls us into that place beyond brokenness where breathing begins again. To listen deeply to these songs is to lay down naked on the wet, unforgiving earth, pushing the ground through your fingers; it is to be soothed by the wholeness of who we are, filth and all. Kingman pulls no punches with his writing, and requires us to listen with the same honesty.