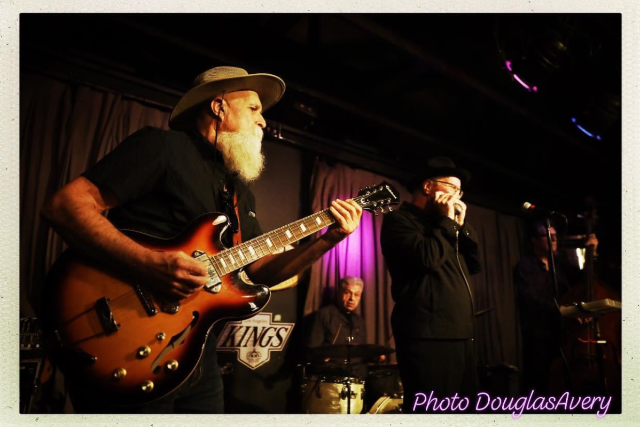 “Mark Hummel is a harmonica God.”

“Hummel, a specialist in West Coast Blues, knows a thing or two about about how to please an audience."

"Hummel plays the harmonica with the fat, full sound that made Little Walter sound almost like a saxophonist rather than a harp man".

Grammy Nominee, Blues Award Winner, Author, Harp Man Mark Hummel had a banner year in 2014. Grammy Nominated for his Remembering Little Walter CD he produced and performed on, Mark also won Best Blues CD and Best Traditional Blues CD at the Blues Music Awards in Memphis, TN. Mark's The Hustle Is Really On climbed to #2 and stayed in the top five for four months on the Living Blues Radio Charts. Hummel's book "BIG ROAD BLUES:12 Bars on I-80" garnered rave reviews and was nominated for best Independent Book release.

Mark Hummel started playing harmonica in 1970 and is considered one of the premier blues harmonica players of his generation. Thanks to over thirty recordings since 1985, including the  Grammy nominated 2013 release Blind Pig recording Remembering Little Walter (part of the Blues Harmonica Blowout CD series).  Mark Hummel's Blues Harmonica Blowout™ started in 1991 and have featured every major legend (Mayall, Musselwhite, Cotton, etc.) on blues harp as well as almost every player of note on the instrument - a who's who of players.