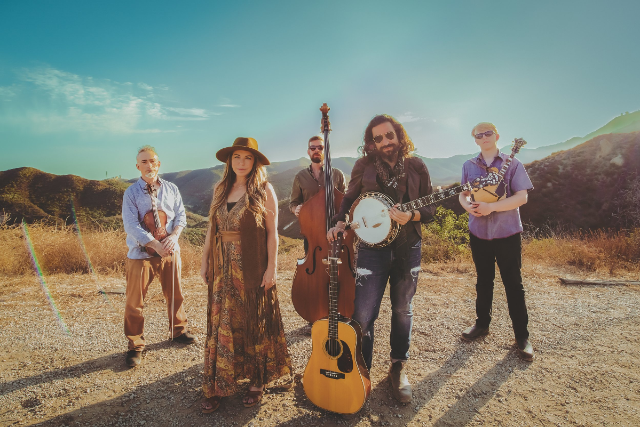 
Since their arrival on the scene in 2015, New York based progressive bluegrass band Nefesh Mountain has been hailed as one of today’s formative boundary-pushing groups in American roots music. Their latest album “Songs For the Sparrows” is a true testament to the unbridled imagination and extraordinary grace of their musicianship and creativity, featuring friends and heroes Sam Bush, Jerry Douglas and Bryan Sutton among others. The band, called “A master class in string music” by Rolling Stone, and “arguably some of the best bluegrass ever made” by American Songwriter, embodies the wild nature and unbridled free spirits of its members, bridging compositional prowess and prolific songwriting with deft and exciting instrumentals and jams.

They have recorded and shared the stage with Sam Bush, Jerry Douglas, Bryan Sutton, John Doyle, Noam Pikelny (Punch Brothers), Mark Schatz (Nickel Creek), Mike Gordon (Phish) and Tony Trischka among others. Their music continues to forge new paths in a world all their own, combining elements of everything from Americana and Appalachian bluegrass to Celtic folk and Eastern European melodies with messages of inclusivity, diversity, and hope for our ever changing world today.