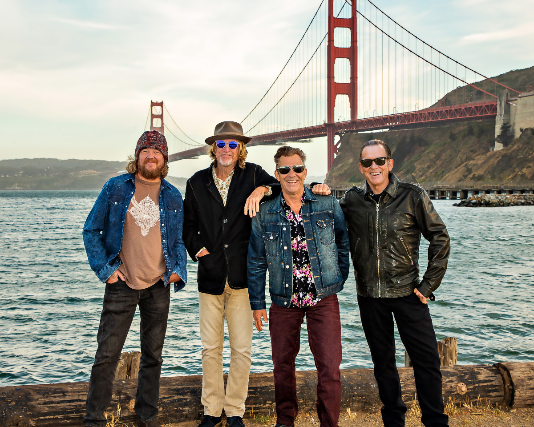 2022 Blues Music Award Winner of  B.B. King Entertainer of the Year, Album of the Year for 'A Bluesman Came to Town,' and Band of the Year!

“The hardest thing to do,” says internationally beloved soul-blues rocker Tommy Castro, “is be yourself, take some chances and bring your fans along with you.” Throughout his long, constantly evolving career, guitarist, singer and songwriter Tommy Castro has always remained true to himself while exploring, growing and creating new music, and he has taken his thousands of devoted fans right along with him. Since his solo debut in 1994, he’s made 16 albums— the last seven for Alligator—each its own unique chapter in the book of Tommy Castro. Ranging from horn-fueled R&B to piping hot blues to fiery, stripped- down rock ‘n’ roll, each release is solidly built upon Castro’s unshakable musical foundation—a dynamic mix of 1960s-influenced guitar-fueled blues, testifying Memphis-soaked blue-eyed soul and Latin-tinged East San Jose funk, all driven by Castro’s grab-you-by- the-collar vocals and passionate guitar work. Blues Revue declared, “Tommy Castro can do no wrong.”

Anthony Arya is a folk/rock performing and recording artist from Santa Cruz, California.
His second album The Road, released in Spring 2020, encompasses the Beat-Dylan American traditions of love, socio-political awareness, and the open road. Fans love the upbeat rock songs “The Road” and “Moonlight” as well as the melodic folksy lyrics of “California Air” and “Sarah”. In June 2020 Anthony Arya received the prestigious award of Presidential Scholar in the Arts (category singer/songwriter) awarded by the US Department of Education.

Adam Levine - Maroon 5 Frontman and NBC The Voice Coach
“It blows my mind,” he said after Arya played.
“I’m telling you right now, your whole situation,
the way you engage with an audience, the way
you sing — you are so special, dude. People are
gonna fall madly in love with how you do it.”