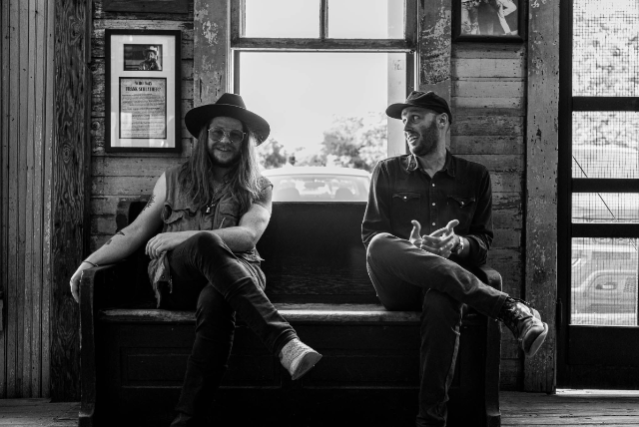 QCNH casts its net wide, roping gospel harmonies, extended jams, pop hooks, swirling organ solos, and guitar freakouts into the same tracklist. The song’s lyrics follow suit. With “Elijah Ramsey,” Matsler spins the story of a Millennial male who joined the Army in the wake of 9/11, only to deal with repercussions for years. “I had listened to ‘Copperhead Road’ by Steve Earle,” the singer explains, “and it occurred to me that nobody that I’d heard had written a song about some of these men and women’s stories that evoked sounds and imagery that they would have experienced during their time serving in the middle east.” On “Suit in the Back,” the guys recall a real-life run-in with a highway trooper during their Chris Stapleton tour. Perhaps most poignantly, songs like “Tired of You Leaving” and “Freedom” double down on messages of resolve and resilience, with the Quaker City Night Hawks turning their personal struggles into reminders to seize the day.

Built upon a series of live-in-the-studio performances, these tracks shine a light not only on the band’s songwriting chops, but their strength as a road band, too. Many of the tunes were debuted on tour, where their arrangements could be shaped and sharpened according to an audience’s reaction. As the music evolved on the road, so did the Night Hawks’ lineup, which has weathered a handful of lineup changes since the band’s formation. QCNH focuses on the band’s creative core, with Anderson, Matsler and Haynes producing their strongest work to date.

“The Damn Liars are like a phaser Jack to the neck. Pure.”

"There are still a handful of real-deal, unadulterated rock albums released by people with calluses on their hands, and, in that vein, The Damn Liars are honing that craft like few others."