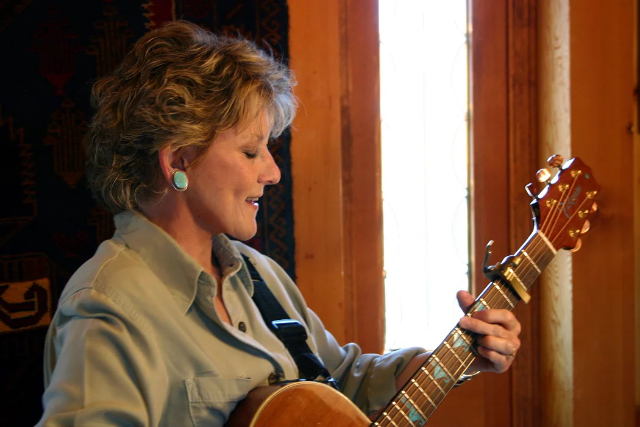 ***Note: This is a partially seated show.

Moe's Alley proudly presents with support of KSQD -  Lacy J. Dalton and Edge of The West!

Lacy J. Dalton (born Jill Lynne Byrem on October 13, 1946 in Bloomsburg, Pennsylvania), is an American country singer and songwriter with a career that has spanned many decades and touched the hearts of millions of music fans. In March 2017 Lacy J Dalton was inducted into the North American Country Music Association International Hall of Fame, and in 2018 she was nominated for a Lifetime Achievement Award.

Following a successful career in country music, Lacy decided to draw on all her musical experiences including country, rock and folk, and cross over into the Americana genre. This blend of musical styles allows her to express herself in a way that demonstrates all the facets of who she is as a singer/songwriter. She became an independent artist and formed her own label called Song Dog Records. Under this label, she has released three albums to date. The first was Wild Horse Crossing in 1999, followed by the Last Wild Place Anthology which went #1 on the World Independent Chart, and a year later went #1 on the American Western Music Chart. Then Allison Eastwood, Clint Eastwood's daughter, used the hit song Slip Away from the Anthology CD on the sound track of her independent film, Don't Tell. In 2010 Lacy also released a tribute to Hank Williams Sr. entitled Here's To Hank.

Today, Lacy continues to record new music and perform live shows whenever possible. She tours mainly west of the Mississippi and loves small boutique venues and old theaters with great sound quality and warm, receptive audiences she can really connect with.


EDGE OF THE WEST is not just an ensemble, it's an adventure - a group quest. In the last few years the band of intrepid explorers has toured relentlessly, playing wild and remote destinations, as well as in big-city markets throughout the Western US. They did two tours featuring as a guest the iconic pedal-steel master Buddy Cage of NRPS, they've opened shows for Lukas Nelson, Hard Working Americans, the Wood Bros, etc, and have played myriad festivals and club dates including top Bay Area venues such as Terrapin Crossroads and Sweetwater Music Hall. To ring in 2020, Edge of the West played a sold out New Years show with family favorites the David Nelson Band at the magical River Theater in Guerneville, CA. And the band has honored their heroes with special tribute shows to the Grateful Dead, New Riders of the Purple Sage, and a tour commemorating the great Gram Parsons - including a party for Phil Kaufman the Road Mangler - AT the notorious and sacred Joshua Tree Inn.

Across the canyon we hear drums in the distance. Notes From the underground drift like smoke signals to a strange yet familiar place, where new friends and old come together for good times -  the Edge of the West