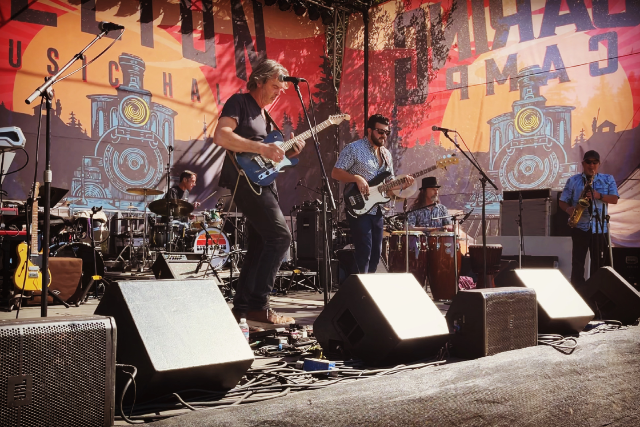 Come on down for Alex's Birthday Bash – Alex Lucero & The Live Again Band with Half Hour Late!

ALEX LUCERO & THE LIVE AGAIN BAND
Originally formed in Oakdale, California in 2013, Live Again is 5-piece band crossing genres ranging from; soul, funk, jazz, jazz fusion, Afro Cuban, Reggae and Americana. Band members age-range spans over 4 decades with generational talent led by lead singer Alex Lucero. Live Again serves as the backing band for Alex as well as an identity for the lifestyle that embodies the style of music Alex and his fellow band members are drawn to.

Together, they have released four albums independently that are comprised of both studio and live performances and are currently almost done with a fifth. Alex Lucero & Live Again have received incredible response across Northern California being played regularly on radio rotation, including the well known KPIG 107.5. With the steamrolling effect of success in late 2019 and 2020 (pre-pandemic), Live Again plans to finish their most recent album which has been written and recorded since and during COVID-19.
Although live performances were put on hold, Alex and band kept busy and stayed relevant live streaming social distanced shows from their studio. They took the “slowed down world” as an opportunity to write and almost completely finish their new album. They look forward to the return of live shows and can’t wait for the release of their new album!

HALF HOUR LATE
Spawned from a shed in OB & raised by the sea. Half Hour Late, "your girlfriend's favorite band", is an eclectic group of jammers who will rock your world with their original sound & style. Rooted in rock, funk, rhythm and blues these dudes are sure to have you time traveling...
Please Note: This event is 21 and over. Any Ticket holder unable to present valid identification indicating that they are at least 21 years of age will not be admitted to this event, and will not be eligible for a refund.