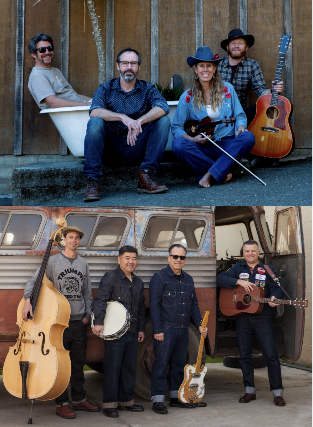 Western Wednesday #45 will go on with The Haywoods and the triumphant return of Whiskey West!

THE HAYWOODS
The Haywoods, are a Sun Records influenced band from Santa Cruz which originally formed in the 1990's. The Haywoods write and perform original songs while giving a nod to the original artists from that Famous Studio in Memphis. The Haywoods have multiple recording credits including their own albums, Sun Studios Tribute and Film soundtrack credits. The Haywoods have shared the stage with : Big Sandy and the Fly Rite Boys ; Kim Lenz ; The Paladins ; Wayne Hancock ; Deke Dickerson to name a few.