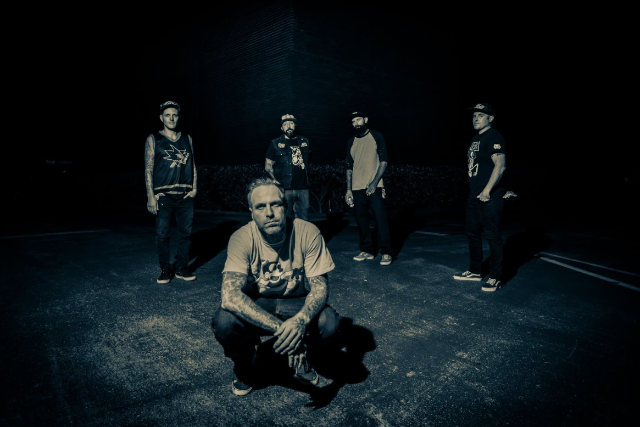 Moe's Alley proudly presents the Moe's Alley debut of Get Dead with the return of Fulminante plus The Gutz!

GET DEAD
Ask the members of Get Dead how long it’s taken to release their new album, and they’ll probably say, “Forever.” Even though the San Francisco band started recording it more than two years ago, Dancing with the Curse (Fat Wreck Chords, Oct 9th) feels perfectly timed for now.
Look no further than the song “Pepperspray,” written long before the protests of summer 2020. The band had begun collaborating with activist-artist collective Indecline on a video before the George Floyd protests erupted. If there was any time to share the message of “Pepperspray,” this was it.

“We wanted to just be able to cut through the noise and have some kind of impact,” says vocalist Sam King, “and to try to let people know that what they're doing is okay, and people are behind them.”

Dancing with the Curse is Get Dead’s most self-assured album yet, one perfectly suited to the times: raw, energized, frustrated, but ultimately unbowed.

Fulminante
Formed in 2015, Santa Cruz, California's Fulminante has been making noise in the Bay Area and beyond. The powerful trio is comprised of guitarist/vocalist Brenda Martinez, upright bassist/vocalist Paul Raney and drummer/vocalist Josue Monroy. The party started when Brenda, a Los Angeles native, sought to play music along the veins of Manu Chao and Gogol Bordello and was looking for like minded musicians. Paul and Josue, who had played together in another project previously, answered the call and the rest is history. The band's sound incorporates punk, rockabilly, ska, twangy blues rock, as well as latin influences to form a bombastic mix that will keep you moving. Danceable, drinkable music! Your new favorite band!

The Gutz are a 3-piece melodic hardcore punk rock band, formed in 2012 in Santa Cruz, Ca.

With multifaceted song arrangements, The Gutz create an eclectic variety of songs inspired by bands such as The Clash as well as hardcore pioneers Bad Brains, accompanied with dark tones reminiscent of bands like early TSOL, coupled with the traditional punk rock elements of bands like Swingin’ Utters & Cock Sparrer.