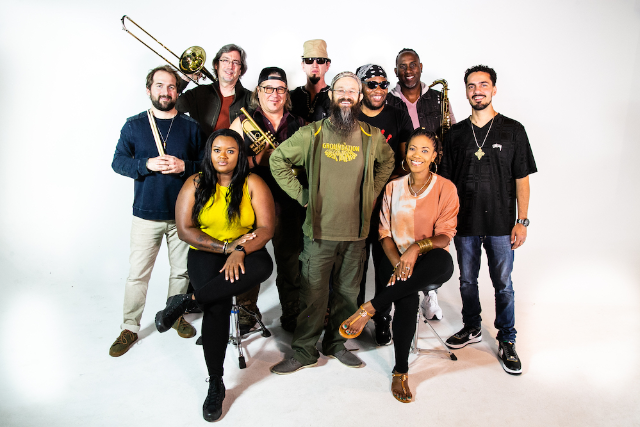 GROUNDATION
More than two decades into a storied career, GROUNDATION returns this year with their 10th studio album, One Rock released May 13, 2022. The band has helped define American roots reggae, while building a large and loyal following in Europe, South America and in the US, where they have been a consistent major headliner and festival attraction for the last 15 years. The new album, One Rock keeps their sound and legacy moving ever forward with 9 powerful songs featuring complex arrangements, moving melodies and lyrics that touch on the human condition, the human spirit and the state of the world. Always a group to respect their elders, on this album GROUNDATION makes history once again collaborating with the legendary reggae vocal groups Israel Vibration, The Abyssinians and The Congos.

GHOST ROCK
Ghost Rock is a reggae band based out of San Jose, Ca. The group has been making music together for 5 years, led by Vince Gadduang and Nick Santana. Ghost Rock has worked to forge a soulful and energetic sound that authentically represents the Bay Area.  The Ghost Rock music experience delivers meaningful songs that express classic reggae vibrations with an eclectic and modern spin.