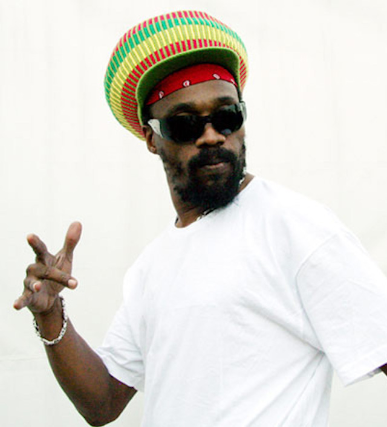 MYKAL ROSE
Mykal Rose has become a household name in the reggae scene world-wide - an exceptionally talented vocalist and performer, Rose has an original style and sound that was quickly embraced by fans and music lovers. Mykal is the favored voice of Black Uhuru, with his Waterhouse slurs, effective songwriting and militant dancing and vocals.

His most recent studio album release, Ska Ska Ska, has gotten much acclaim worldwide. Along with the album there is a video release called Everybody Gone Ska.

Previous works include, Healing of the Nations (2018), Tragedy of Rome produced in Europe, and Rasta State (2016). Also released in 2016 was the album Sidewalk Steppa produced by Foreign Key Records. Mykal also put out a popular single in collaboration with Melloquence and Cutty Ranks called Hot Water. Hot Water was produced by Pascal who is based in Germany. He released a single collaboration with Al Barose called Want the Herb. Mykal Rose is doing a lot of production work.

July 2017 Mykal headlined Reggae On The Mountain in Los Angeles backed by the legendary Sly and Robbie who recorded many of his greatest hits with Black Uhuru. Early September, 2017 Mykal Rose with Sly & Robbie headlined a major international festival in Argentina. A few months later in December along with Sly and Robbie they headlined the Jamrock Reggae Cruise. This gave the audiences the true original Black Uhuru sound. Mykal Rose continues to headline many of the best reggae festivals in the world and he has been consistently touring and doing one off shows in North America and Europe.