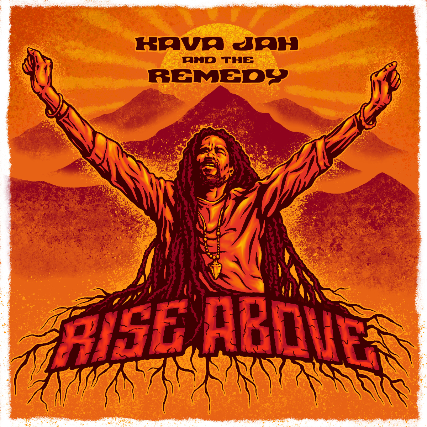 Kavah Jah And The Remedy is celebrating the release of their latest EP "Rise Above" on the evening of Earthstrong celebration of Haile Selassie I. Special guests The Rudians!

KAVAH JAH AND THE REMEDY
KAVA JAH, born Junior Johnson in Cumberland, Clarendon Parish, Jamaica is a conscious roots reggae artist who writes, records and sings his own songs. Born into a family with musical roots, Kava Jah’s father Levi Johnson was a teacher of music at the Spalding’s Comprehensive High School and he was the choir master at the Cumberland church. Levi was a spiritual leader in his community. Under the strong influence and example of his father, Kava Jah started playing instruments at a young age, practicing and playing multiple instruments. He soon found his love for the guitar as his first instrument and he has now also become quite accomplished on the keyboards.

In 2007 Kava Jah entered the Jamaica Cultural Development Commission (JCDC) Popular Song competition where he received an award for most disciplined artist, thus creating momentum towards his first international performance in Guantanamo Bay, Cuba where he performed for the Military in observance of Jamaica’s Independence Day. The show was successful, so in 2008 he returning again to Cuba for a second time.
In 2005 Kava Jah began working with Gumption Music Production out of Kingston, Jamaica writing, recording and building his career as a solo artist. In 2012 Kava Jah joined the Jamaican roots reggae band I-Kronik as their lead vocalist. With I- Kronik, Kava Jah toured the US extensively sharing the stage with artists such as Romain Virgo, Luciano, Protoje, David Hines of Steel Pulse, Junior Reid, I-Wayne, and others. I-Kronik performed on stages in the United States such as Reggae on the River (CA), Sierra Nevada World Music Festival (CA), The Northwest World Reggae Festival (OR), Grand Central Park (NYC), BB Kings (NYC) and many others across the US and internationally including Costa Rica, Anguilla and St. Marten.

THE RUDIANS
The Rudians, Danceable Reggae from Salinas, California. We all found each other in this sacred valley. Our art tells stories of reflection, spirituality, love, and the struggles in our communities. We draw inspiration from Roots, Dub, and Dance hall and also Metal, Jazz, Hip Hop, and Spoken Word.