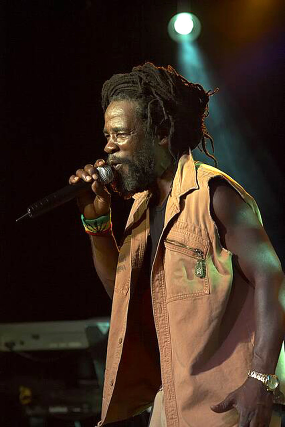 THE ITALS
The Itals are still in full bloom, vital and bearing ripe fruit. Out of Savana La Mar, Jamaica, for many years Keith Porter and the Itals have been one of the hardest working reggae acts out there – still fresh, strong and in good health and spirits. The Itals have the drive and perseverance to perform in some of the farthest outposts where they are greatly loved and respected by their fans. The Itals have been one of the forefront touring reggae acts since the early eighties spreading the message of love and oneness to humanity. You hear their music playing all over the world. Keith Porter has proven himself to be one of the strongest artists in the business. His endurance is remarkable; he “never gets weary”. The Itals are living examples of the “Rasta Philosophy” – the album that was nominated for the Grammies.

BOOM DRAW is a 6-piece reggae band specializing in the sweet and soulful sounds of foundation-era rocksteady music. Hailing from Santa Cruz, they feature an all-star, multi-generational lineup of dedicated singers and players known for backing countless Jamaican reggae artists on tour and in the studio. Locally, BOOM DRAW’s ranks include members of Santa Cruz and Bay Area reggae institutions like Pure Roots, Dub Congress, Inka Inka, Root Awakening, the Rastafarians, the Sugarbeats, and more.  Their mission: to rock a dancefloor near you with "boom draws" — strictly classic songs drawn from reggae's early years, when the vibes were crucial and the rhythm was king.