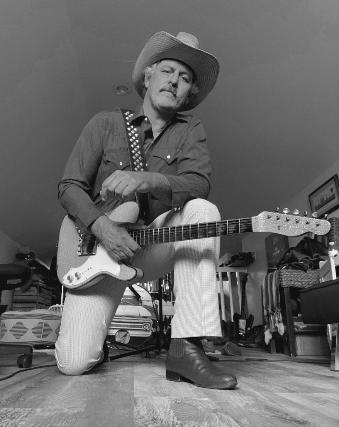 
AllMusic declares Lindell a singular talent, saying, "He plays soulful, funk-drenched, tight and focused grooves. He is a quadruple threat as a solid songwriter, impressive guitarist, affecting singer and harmonica blower. This is music that's deceptively difficult to create. Lindell makes it seem not just easy, but natural."

Born in San Mateo, California in 1969, Lindell spent countless hours in San Francisco, soaking up the musical sounds of the city, eventually leading him to pick up first the bass and then the guitar and harmonica. With a love of music and skateboarding, Lindell formed a few punky garage bands early on while his musical horizons expanded. He listened to the deep blues of Buddy Guy, Junior Wells, Jimmy Reed and Albert King before drifting toward the R&B sounds of The Impressions, Stevie Wonder and Donny Hathaway, soaking up the soul and learning how to craft a song.

He has appeared on Late Night With Conan O'Brien and National Public Radio's Mountain Stage and many of his songs have appeared in films and television shows, including Boston Legal and Treme. He has collaborated and shared stages with blues and rock luminaries, including John Fogerty, Luther Dickinson and Anson Funderburgh.