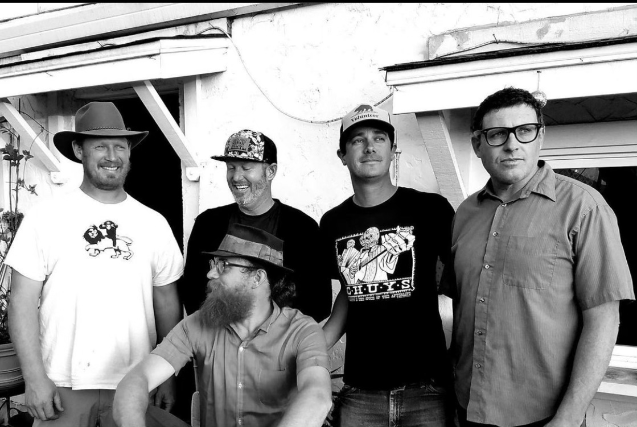 And out of the Santa Cruz mountains crawls Bad Maps, who’s sound goes far beyond what you would expect of their western style instrumentation. (Four string banjo, lap steel guitar, upright bass, guitar and drums) with country tinged songs injected with healthy amounts of soulfulness and indie rock weirdness, you just might be tricked into dancing along to Zachary Handl’s dark poetic lyrics.


ASHLEIGH FLYNN & THE RIVETERS inaugural LP hit the streets in 2018 featuring a sound that hearkens back to early Stones, ‘70s psychedelic country rock, and alternately charms like a Sunday afternoon front porch session. Produced by her longtime musical collaborator, Chris Funk of the Decemberists, the 10 original tracks feature Flynn’s soulful vocals and compelling brand of songwriting, amped-up and virtuously enveloped by the electric guitar work of Nancy Luca and Jenny Conlee on all manner of keys. Luca honed her style and skill playing with Tom Petty and Bo Diddley. Conlee hails from the Decemberists as well. The rhythm section boasts two additional highly-regarded Portland musicians: Jolie Clausen on drums and Carmen Paradise on bass.