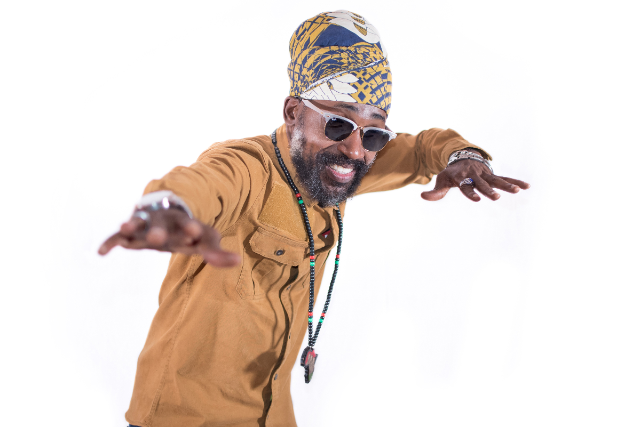 Moe's Alley is proud to present international reggae star Lutan Fyah with Lujan and The Militia of Love plus DJ Moi!

Lutan Fyah
Lutan Fyah is a revolutionary spirit delivering a message of love, peace, and unity through hard hitting reggae and dancehall rhythms on stages all over the world. Born Anthony Martin, in 1975 in Spanish Town, St. Catherine Parish, Jamaica, Lutan Fyah was exposed to music at a very early age. He first decided to study architecture at the University of Technology and played professional football for Constant Spring FC before focusing on music. Using the stage name Lutan Fyah, sometimes credited as Lute and Fyah, he started his musical career in 1999. Lutan’s initial influence of African consciousness was instilled by his grandfather Tamba, and his spiritual identity is rooted in Rastafar-I, Bobo Ashanti.

He has headlined shows in over 30 countries around the world and performs on stages of some of the biggest festivals across the globe. He’s recorded roughly over 200 singles and 13 albums in his career, collaborating as well with Rebelution, Chronixx, Luciano, Anthony B, Lady G, and many more.

Lujan and The Militia of Love
LUJAN, is a reggae artist based out of Salinas ca. He has been a part of California's reggae scene for 20 plus years. Lujan got his start as bassist and front man of California based reggae band Dubwize, and since has branched out as a backing bassist or trombonist for artists such as Eek-a-mouse, Mikey Dread, Roots Natty, Edi Fitzroy, Earl zero, 7th st. Band, Dub congress and many more. In 2011 Lujan embarked on his journey as a solo artist producing his debut album "Journey In Song" Backed by reggae band Militia Of Love they bring a heavy weight sound with danceable riddims and conscious lyrics for one and all to enjoy.