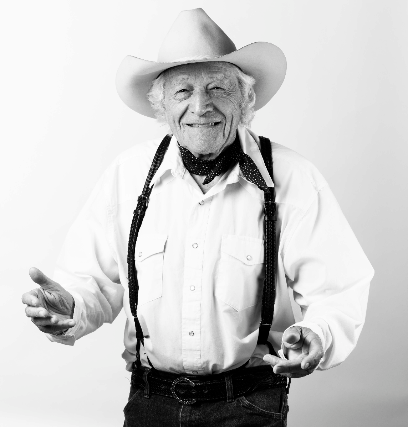 Please note that this will be a partially seated show and the artist is requiring that masks be worn when not eating or drinking.

RAMBLIN' JACK ELLIOTT
One of the last authentic links to the great folk traditions of America, with over 40 albums under his belt, two-time GRAMMY-winner Ramblin' Jack Elliott is considered one of the country's legendary foundations of folk music. Long before every kid in America wanted to play guitar — before Elvis, Dylan, the Beatles, or Led Zeppelin — Ramblin' Jack had picked it up and was passing it along. From Johnny Cash to Tom Waits, Beck to Bonnie Raitt, Ry Cooder to Bruce Springsteen, the Grateful Dead to The Rolling Stones, all pay homage to Ramblin' Jack Elliott.

In the tradition of roving troubadours, Jack has carried the seeds and pollens of story and song for decades from one place to another, from one generation to the next. They are timeless songs; his tone of voice is sharp, focused, and piercing; he plays the guitar effortlessly in a fluid, flat-picking, perfected style.

Ramblin’ Jack is a Presidential National Medal of Arts recipient with a permanently enshrined seat at Woody Guthrie Center Theater in Tulsa, OK. He received the 2016 Folk Alliance Lifetime Achievement Award and was featured in Martin Scorsese’s film, The Rolling Thunder Revue: A Bob Dylan Story (2019). He is the subject of Bruce Bryant and Dee Brown’s recent film, “A Texas Rambler,” and joined two songs on Matt Rollings’ 2020 Album, Mosaic.

Celebrating 90 years young in 2021, Ramblin' Jack is known for his ever-curious spirit and continues to tour. As a lover of storytelling and veteran troubadour-style performer, it is through sharing songs and tales gathered over a career of more than 60 years, through the roots of Folk, Blues, Americana, Cowboy music, and poetry, that this American icon is in his purest element.

Bobcat Rob
Bobcat Rob is a songwriter and multi-Instrumentalist with a voice likened to honey drizzled over burning coals. His songs are as uplifting as they are haunting, drawing on visceral truths and common threads to weave captivating tales. From quiet to loud, reserved to explosive, each song carries its own weight and settles deep into the listener.