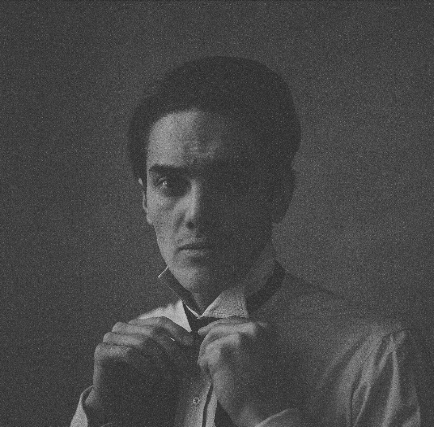 After years of grinding as a sideman in the Finnish music scene, Bobby Oroza has stepped up to make his voice heard. Always with an air of crude romanticism, Bobby pushes towards an expression transcending the borders of soul and rock balladry. His dark and intimate debut single ”This Love” didn’t take long to reach the ears and hearts of a worldwide soul music community and is already a proper classic amongst the lowrider and soul collector scenes.

Bobby was born in Helsinki, Finland into a family of musicians and artists. During frequent family parties Bobby´s Bolivian grandfather would pick up a guitar and sing Latin canciones and Cuban classics. Bobby´s mother is a singer and his father a gypsy-style jazz guitarist. All his siblings work in show business and music. As a kid, Bobby was lucky to grow up surrounded by his parents’ record collection which included early jazz and blues, Motown hits, gospel ensembles, and doo-wop groups like The Drifters and The Clovers. The Soul records were balanced out by Brazilian ones, African ones, his mother’s collection of North and South American folk songs, and Nuyorican Salsa albums. All of these influences show up in Bobby’s music.

Bobby started working professionally as a musician in his early teens. His main instruments are guitar and percussion. Before finishing high school Bobby decided he needed to experience the rhythmic source that had inspired him the most, and travelled to Santiago, Cuba. There he studied percussion and singing intensively for months. Since his return he’s been producing, recording and performing music to make a living for his family. Teaming up with the Timmion Records house band Cold Diamond & Mink, led by Jukka Sarapää, Sami Kantelinen, and guitarist/composer Seppo Salmi, he has a tight quartet of musicians to support his vision. With his instant classic, debut album “This Love” Oroza has shared his strange and unique shade of Soul with the world, creating a cult-like following for his sound from Finland to sunny Southern California and beyond.

MARINERO
Hella Love, the Hardly Art debut from Marinero, is an album about closing a chapter. It’s Jess Sylvester’s grand farewell, and love letter to his hometown and the place he grew up, The San Francisco Bay Area, before relocating to Los Angeles after finishing his debut release. Using the moniker Marinero (which means “sailor” in Spanish), Jess Sylvester was drawn to this name as a means to honor his parent’s stories — his father, a sailor, and mother, a Mexican-American who grew up in San Francisco. This record blends many worlds from beginning to end, and as you go deeper it hits harder. It’s his goodbye to The Bay.
Please Note: This event is 21 and over. Any Ticket holder unable to present valid identification indicating that they are at least 21 years of age will not be admitted to this event, and will not be eligible for a refund.