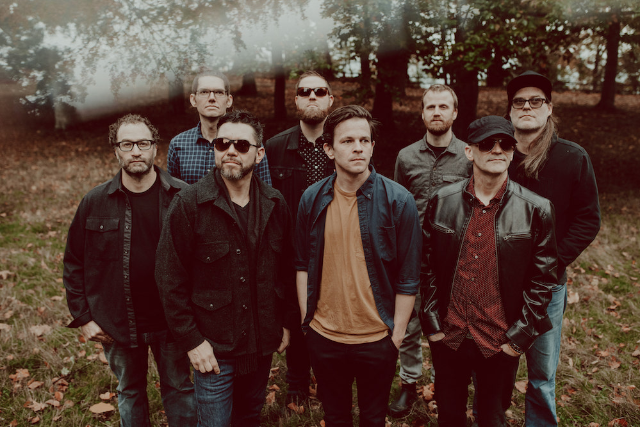 Moe's Alley is proud to present the Polyrhythmics with local funk and dance masters, Jive Machine!

Now on their sixth full-length album and twelfth year performing, Seattle's Polyrhythmics take the sonic exploration of past albums, combined with mad scientist experiments testing the tunes on the road, and rolled them into 2020 releases Man from the Future and the companion EP Fondue Party.
​
Rich with bold brass and hypnotic percussion, Polyrhythmics' latest studio work continues to showcase the instrumental eight-piece's impossibly tight grooves and virtuosic musicianship as they tear through a singular blend of funk, soul, psychedelic rock, R&B, progressive jazz, and Afrobeat.

Now, the band emerges from the pandemic to return to the road with a new arsenal of original songs in their diverse catalog to conjure up the next chapter of fiery and infectious live performances as they embark on a 2nd decade as a touring collective.

Jive Machine
Jive Machine habitually bends the rules, blurs the lines, and stretches musical boundaries. Their music takes listeners on a sonic rollercoaster that fuses elements of old-school funk, progressive rock, blues, and soul. Throughout their set, you can hear diverse influences such as Tower Of Power, Jimi Hendrix and Trombone Shorty. Jive Machine is uniquely able to incorporate new ideas while paying homage to the great artists who came before them. The band is defined by a strong rhythmic foundation, infectious melodies, tasteful lead guitar virtuosity, and crisp horn lines.  Recently, Jive Machine has become notorious for their "pop-up" performances in downtown Santa Cruz. These events always erupt into a massive dance party, and within moments, you'll see It's impossible not to be captivated by the talent and contagious energy of their live shows!