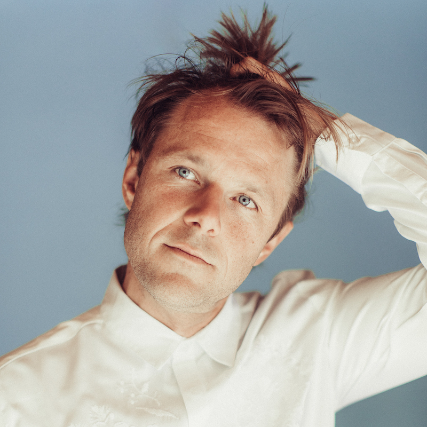 Until further notice, Moe's requires proof of vaccination OR a negative test within 72 hours of the show date. Masks are recommended when indoors at Moe's Alley while you're not eating or drinking.

On the cusp of releasing his first-ever solo album, Every Feeling on a Loop (ANTI-Records), songwriter Josiah Johnson is aware he wasn’t supposed to be here. Just five years ago when he took a leave of absence from the acclaimed indie-folk band, The Head and the Heart, the question was less where Johnson’s star would take him and more whether his struggles with addiction would end his music career. But then, he wasn’t supposed to be there, either.

Prior to co-founding the band, Johnson studied math and computer science in graduate school. But the magic of song led him to an open mic that changed his life. At Seattle’s Conor Byrne Pub, Johnson sparked collaborations with fellow musicians who would eventually form The Head and the Heart. The group’s rise was rapid. They built a loyal fanbase and zigzagged the globe, with sold-out shows at historic venues from The Fillmore to Red Rocks and festival appearances at Coachella and Lollapalooza.

“Those early years were sacred,” Johnson says. “A crew of friends riding high, exploring the world, making our dreams come true.” But at some point, he realized things were happening too fast. “I was emptying myself out,” he says. “Trying to keep pace with life as a touring musician. It’s not a new story. I look back and have so much sympathy for young me.”

Indie musician and singer-songwriter Caitlin Jemma speaks for the multitudes on her celestial new disco-folk album, True Meaning, recently released on American Standard Time Records. Conjuring the soulfulness of Norah Jones, the melancholy of Joni Mitchell, and the lyric-bending bewitchment of Bonnie Raitt, Jemma takes listeners on an atmospheric journey from heartbreak to hope throughout the ten dynamic tracks which make up True Meaning—a vulnerable-yet-spirited release exploring the full emotional spectrum of being human, while posing an age-old philosophical question: “What is the true meaning of life?”

The Feelings Parade is a movement as much as it is a band. Led by songwriters Morgan Bolender and Scott Ferreter, the project has developed a loyal following of diehard “Feelers" who come as much for the poetic songwriting, tight harmonies, and rich textures as they do to drop into their own tender human hearts in a space of collective radical vulnerability. On more than one occasion, fans have said that Feelings Parade shows are “better than therapy.”