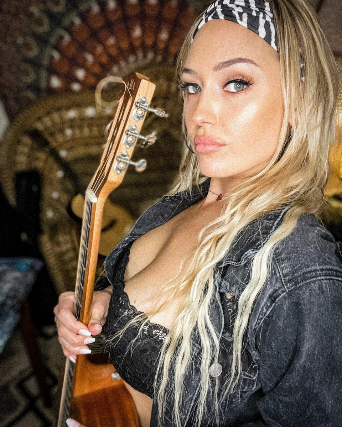 Moe's Alley is proud to welcome back Anuhea, one of Hawai'i's top musical artists, to envelop us in a soothing island breeze with her eclectic blend of reggae, pop, and R&B vibes. But wait - there's more! Anuhea is kindly bringing Jordan T, a star in his own right with undeniable vocal chops and versatility. And DJ Khosmo will get the party rolling. Get ready for a solid show!

The name "Anuhea" translates from Hawaiian as a fragrance or cool breeze. In the world of island/reggae music, Maui songbird Anuhea Jenkins has been JUST that: A cool breeze to the island music scene. This multi-talented artist entered the room in 2009 like a breath of fresh island air, beautifully blending vibes of reggae, pop and R&B. Anuhea's eclectic and multi-faceted musical style is paralleled by her work ethic and fun-loving personality. Anuhea has toured extensively throughout the US, and New Zealand, Australia and Japan. She has been awarded multiple awards, including the prestigious Na Hoku Hanohano Award for Female Vocalist of the Year in 2019, and also the IHeart Radio Island Music Award for Female Artist of the Year.  After 10 successful years in the music scene, dozens of hit songs and multiple accolades, Anuhea remains humble when she's rightfully referred to as one of the top musical artists from Hawai'i of all time.
Jordan T

The legendary Phil Chen said: "Maui Reggae star JORDAN T. is taking Bob Marley along with his unique dash of sun splash hip hop to anada "POSITIVE VIBRATION" level. A breath of fresh air and if his sold out concerts and high energy performances of Artistic Integrity like his fellow Hawaiian star IZ is a indication of a class act, then he is certainly destined to be the next reggae SUPER STAR IMO."

- PHIL CHEN - (Bassist for: Bob Marley ,Jimmy Cliff, Ernest Ranglin, Skatalites, Jerry Lee Lewis, BB king, Ray Charles, Roy Orbison, the Doors, Sir Rod Stewart, Jeff Beck, Bee Gees, Brian May Queen, Eddie Van Halen, and more...)
Please Note: This event is 21 and over. Any Ticket holder unable to present valid identification indicating that they are at least 21 years of age will not be admitted to this event, and will not be eligible for a refund.