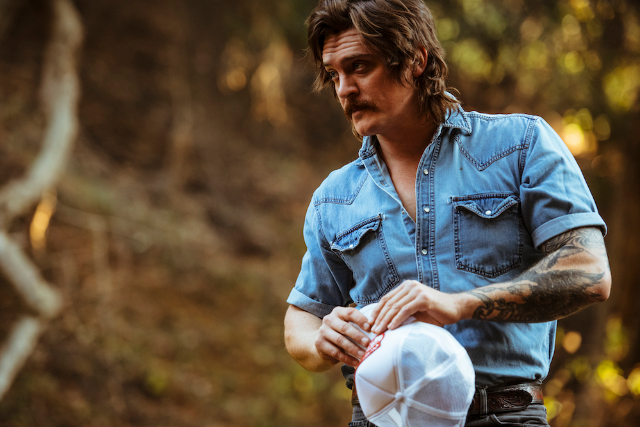 This rising country-rock star posesses fantastic playing chops and a healthy sense of humor bound to win you over. Drop in a few fantastic local acts and we've got ourselves a dynamic country-rock, fingerpickin', Americana kind of evening!

*This show has been rescheduled from Sunday, December 12th. All tickets purchased for the Dec. 12th show will be honored for this show.

Rob Leines
"Won't find me on the radio, no late-night TV show / You'll find us in a smokey bar somewhere on the go," he sings in "Rock & Roll Honky Tonk Life," a celebration of the roll-up-your-sleeves work ethic that's steered his entire career. A longtime welder who spent years working in the oil and gas industries along the Pacific Coast, followed by a traveling gig repairing components of turbine engines at power plants across the world, Leines understands the value of long days and hard work.

Blood Sweat and Beers is the product of that same perseverance, written and recorded after his long climb from the dive bars of California where Leines played some of his earliest shows, giving up his metalworking gig in order to pull triple-duty as the frontman, lead guitarist, and booking agent of his own power trio to cross-country gigs, national acclaim, opening slots for country legends like Dwight Yoakam and Whiskey Myers. Blood Sweat and Beers is country music with a blue-collar rock & roll pulse — a sound that blurs the lines between genres, one amped-up anthem at a time.

Diggin' Trails
Ex-members of Santa Cruz favorite, Tater Famine, realized it was time to get together and play music again. The result? A new americana, folk band - Diggin' Trails.