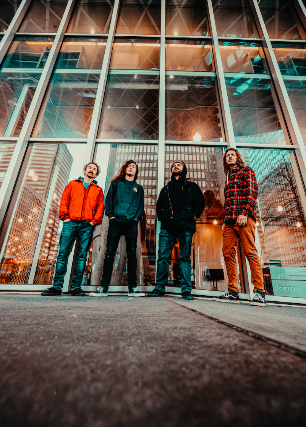 Moe's is excited to bring you a smokin' hot reggae-rock outfit that will surely ease minds and lift spirits!

Perfect By Tomorrow have independently released two albums and four singles. Consistently bending sounds and mastering their craft in their home studio in Bellingham, Wa. (Cavern Audio) where they have been building their library of tunes to share with the world. All while relentlessly performing energetic live shows along the West Coast in efforts to connect with people and build their fan base. They find influences through bands like Passafire, The Expendables, The Police, The Beatles, Sublime and many more. In 2021, the band plans to release their third studio album titled “Euphoria” independently on May 7th. Perfect By Tomorrow have shared the stage with acts including Passafire, Through The Roots, Stick Figure, Tunnel Vision, Kash'd Out, Giant Panda Guerilla Dub Squad, The Movement, Rebelution and many more.


Ras Rebellion is a Reggae/Fusion Band formed out of Monterey, CA. Northern California Reggae band, "Ras Rebellion", was formed in Monterey, California. Formed in 2019, Ras Rebellion brings high energy, heartfelt lyrics, and great vibes wherever they go!
Please Note: This event is 21 and over. Any Ticket holder unable to present valid identification indicating that they are at least 21 years of age will not be admitted to this event, and will not be eligible for a refund.