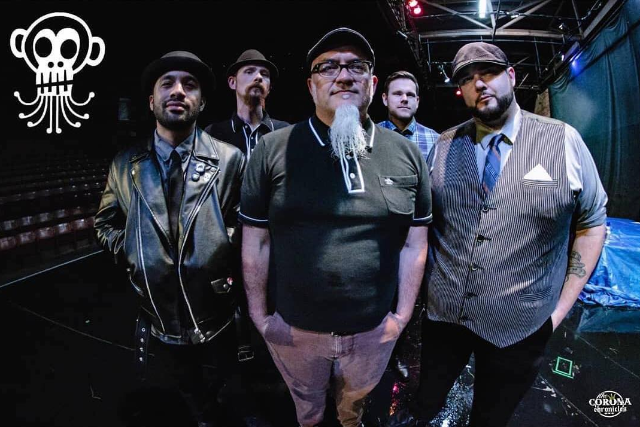 Moe's is proud to bring this sweet ska line-up to slap a smile on your face and lift those spirits. Indulge in a couple different flavors of ska and get your best skank moves back in commission!

MONKEY is a 5 piece high-energy organ driven, Ska/Reggae group from the SF Bay Area. Their intense live shows and rock-steady rhythms not only get the crowds dancing, it has won them several awards, like the prestigious California Music Award!

MONKEY has 4 full-length albums, and has also been featured on over 25 compilations, video games and film soundtracks, including the independent horror-comedy Russ Meyer tribute “Pervert the Movie” on Stag Films.

MONKEY has supported world class acts like: Bad Manners, The Specials, The English Beat, The Skatalites, Fishbone, The Slackers, Hepcat and many more...

Simple Minded Symphony is a 6-piece ensemble with a heavy, groovy sound profile. Hailing from the Emerald City, the band provides their own spin on indie ska-punk by way of driving rhythms and thoughtful horn melodies. Although in constant pursuit of musical boundaries, SMS’s goal remains the same: get the people movin’

Coffee Zombie Collective is a loose group of sleep-deprived musicians playing their favorite lesser-heard songs alongside karaoke barn burner hits. The band has continued to evolve, mixing in their own originals alongside twisted acoustic reimaginings of contemporary pop hits such as Lourde's "Royals" and cult classics such as Motörhead's "Ace of Spades." Coffee Zombie Collective takes the songs you love, or love to hate, and weaves them into medlies, or upside-down interpretations that always leaves audiences smiling. The band's high-energy stage performances whip audiences into a sing-along dance frenzy. The repeated on-stage mantra is "If you know the words, sing along. If you don't know the words, sing louder!"
Please Note: This event is 21 and over. Any Ticket holder unable to present valid identification indicating that they are at least 21 years of age will not be admitted to this event, and will not be eligible for a refund.