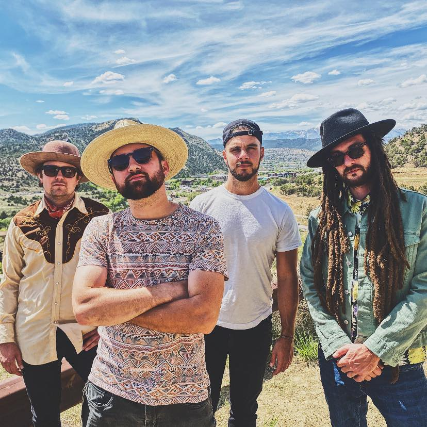 We're excited to bring you a rich, dynamic night of reggae from these talented, rising stars in reggae scenes across the country!

Until further notice, Moe's requires proof of vaccination OR a negative test within 72 hours of the show date. Per County mandate, masks are required indoors when not eating or drinking.

Lion Heights is a small, but mighty band with a big authentic roots-reggae sound. They began in 2013 on the west side of Chicago and relocated to Austin, TX in 2014, honing their sound in Austin's diverse live music community. The trio blended aspects of Soul and R&B with vintage reggae to broaden and entice new audiences. Their talent led them to perform as a backing band for I Wayne, Lady G, Sister Nancy and Dawn Penn. They crossed the massive Lone Star state bringing energetic roots-reggae to the Texas Reggae scene. They have opened for well known acts such as Kabaka Pyramid, Jesse Royal, Pentateuch, Dubtonic Kru, New Kingston, Lee 'Scratch' Perry and Cocoa Tea. Their unique talent landed appearances in 2018 and 2019 at SXSW and the Austin Reggae Fest. In 2019, the single and video 'Smile' was released further growing their fanbase and rising reputation as a highly respected roots-reggae band. Their most recent single (accompanied by an official music video), Elevate', recorded in collaboration with The San Antones. Lion Heights is an unforgettable reggae experience with talent destined for launch into international recognition.

Rise Up
Rise Up is a 5-piece Reggae band from California that was originally started in 2016 by founding members Chris Alcantara (vocals/rhythm guitar) and Alex Cortez (Drums). After gigging around the West Coast for a couple of years, the vision began to take real shape in 2019 with the additions of veteran Reggae players Rich Mihalek (bass) and Leland Smith (lead guitar/melodica). Rise Up recorded their debut EP “Lion Roar” at Imperial Sound Studios with EN Young (Nov. 2019) and added the talents of Danny Aledo (keyboards) to the band shortly after. Rise Up has had the honor of sharing stages in the past with such Reggae legends as The Meditations, Wailing Souls, Half Pint as well current artists in the genre such as Arise Roots, Marlon Asher, Sensi Trails, Josh Heinrichs and more. The band looks forward to bringing its brand of powerful Roots Rock Reggae back live to the people in 2022!