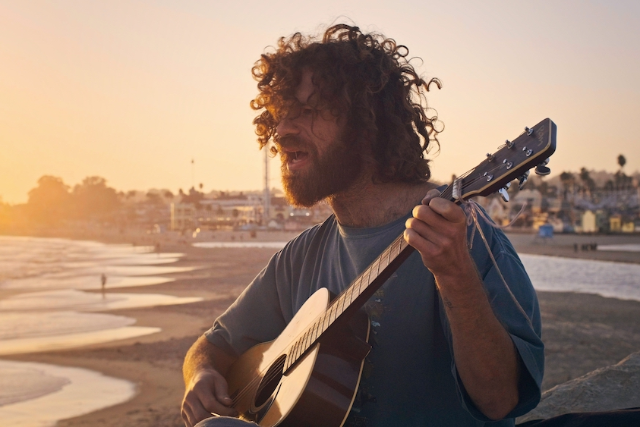 Who could use some dancin’ music? Guitar lines dance between syrupy keyboard harmonies, funky bass thump and smooth buttery drum grooves at the hands of Andy Pankakes.

Andy Pankakes is a maverick in his field. His infectious energy and melodies will have you on your feet singing along and leave you squirming on the floor in laughter and tears. Seamlessly blending an eclectic mix of genre from Soul/Funk/Hip-Hop/R+B to Folk/Americana to good ol' Rock n' Roll, Mr. Pankakes has created his own sound which he dubs "Breakfast Music." It's music you want to wake up to, then eat for lunch and dinner. Carefully crafted guitar lines dance between syrupy keyboard harmonies, funky bass thump and smooth buttery drum grooves.

Rory Lynch is a singer/songwriter, multi-instrumentalist, and composer based in Santa Cruz, CA. He migrated to the west coast after a stint in NYC headlining shows at venues like The Bitter End and Pianos. His decision to move provided inspiration for a new collection of songs that showcase classic genres like country, jazz, and pop while blending in classic Americana themes. Rory’s smooth deep croon harkens back to the first days of Country Folk and fits nicely next to modern artists like Orville Peck and Sturgill Simpson. Recently he has been recording at Wind River Studios with plans to release his debut full length album in Spring 2022.
Please Note: This event is 21 and over. Any Ticket holder unable to present valid identification indicating that they are at least 21 years of age will not be admitted to this event, and will not be eligible for a refund.