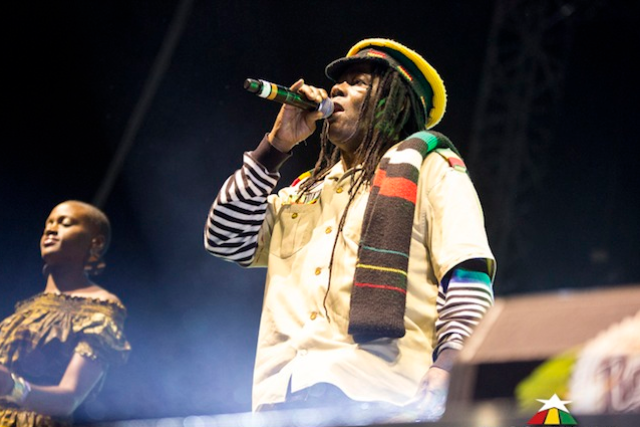 We are pleased to present a historic night of reggae with the living legend Winston Jarrett backed by the renowned Soul Syndicate (Fully Fullwood, Santa Davis & Tony Chin along with Michael Hyde and guests) and mixed live by none other than Scientist! This is a very rare performance you will not want to miss!

Winston Jarrett
Winston “Flames” Jarrett , born in 1944 in Saint Ann, is a foundation roots reggae singer of the Jamaican recording fraternity known for his heavy roots recordings and intensely powerful performances. Alton Ellis recruited Winston Jarrett and Eggar Gordon to form Alton & the Flames in 1965. They were soon recording a series of classic rock steady anthems, and charted an extraordinary number of hits with songs like "Cry Tough", "Dance Crasher", "The Preacher", and "I Have Got a Date". After recording nearly forty tunes for Duke Reid, the group was lured away by Sir Coxsone (one of Bob Marley's first producers) who produced "I'm Still in Love" and other hits. In 1969, afere Alton decided to move to England, Winston reformed the group as the 'Righteous Flames'.

Soul Syndicate
The Soul Syndicate rose to prominence in Kingston in the 1970s along with other groups such as the Wailers, The Upsetters, and Skin, Flesh & Bones. The group became Jamaica's most prolific hit maker during the golden era of reggae in the 70s. Various members of the band have included Max Edwards, Leroy "Horsemouth" Wallace, Earl "Chinna" Smith, Glen Adams, Leslie Butler, Keith Sterling, Cleon Douglas and Freddie McGregor. Performing under various names such as the The Agrovators when recording for producer Bunny Lee, Impact All Stars when recording for Randy’s, or The Observers when in session for Niney, the group has cut tracks for Bob Marley, Big Youth, Dennis Brown, U-Roy, Horace Andy, Cornel Campbell, Johnny Clarke and a host of other reggae headliners.

Scientist
Hopeton Brown better known as Scientist and sometimes known as Overton Brown, from Kingston, Jamaica was a protégé of King Tubby (Osbourne Ruddock), one of the originators of dub music. The Scientist burst onto the reggae scene in the mid ’70s with a reckless mixing style that seemed to outdo even King Tubby’s wildest extravaganzas. He began his career as an engineer at Studio One and soon after at Tubby’s in the late 70’s. Shortly afterwards, he gained a reputation with a distinctive mixing style.