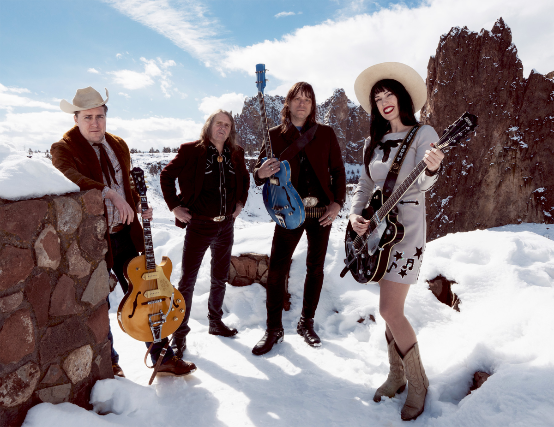 Jenny Don't and The Spurs
Since their inception in 2012, the Spurs have kept a relentless schedule of recording, playing locally, and touring. After nearly 500 live appearances in almost a dozen countries, and with a slew of albums and singles to their name, Jenny Don’t And The Spurs are just getting warmed up.

​Now, with several West Coast and North American tours, as well as three European tours and hundreds of local shows under their tooled-leather Western belts, the Spurs are gearing up for the release of their third full-length studio album. The Spurs are a musical force to be reckoned with, the intensity and energy of their live set, and dazzling Western outfits handmade by Jenny herself, the band is a must-see for anyone who enjoys spirited garage-infused country music played with sincerity and raw conviction

The Infamous Swanks
High energy rockabilly & rock n roll from Northern California! The Infamous Swanks! Formed in the early 2000’s by Brandyn Williams (guitar/vocals) the band has shared the stage with many notable acts in the rockabilly scene over the years such as Reverend Horton Heat, The Chop Tops and many many more! The band has gone through a few line up changes, but has found a permanent line up with Jenna Ferocious on upright bass, and Matt Macabre on drums. The Infamous Swanks plan to release a new album on the near future on Gearhead Records! Cheers!