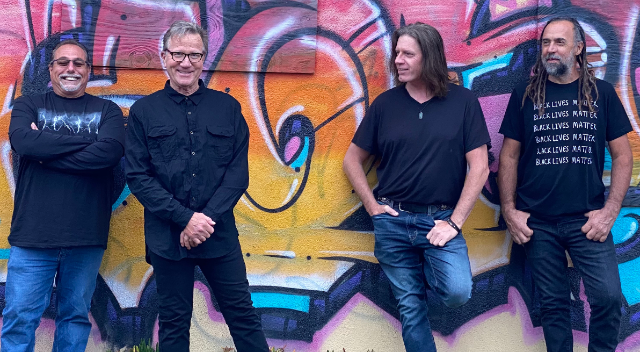 Come out and celebrate the release of Meez' new album with special guests Cement Ship!

The band is comprised of four accomplished musicians who have dedicated a majority of their lives honing their skills. Each of their songs, composed by the members themselves, is different from the rest, yet somehow cohesive to the heartfelt message of love and compassion which pervades their repertoire. Catchy lyrics, vocal harmony, and inspiring musicianship combine to form a sound that is hard to resist.

The music is inspired by the sea and it’s dynamic nature. The acoustic guitar style and singing tone from Tim can fit a wide array of genres, but maintains a natural and stripped down approach for the sound. Honest and raw, sweet and smoky. It has been described as ‘Americana Soul’ and ‘Beach Folk’.

Less then two years after playing it's first show, Cement Ship won 2019 NEXTies 'Band of the Year' for Event Santa Cruz, and in 2020 was voted ‘Santa Cruz County Runner-Up Best Local Band’ for the Good Times Magazine best of 2020. They have played shows in various states in the USA as well as a 10 show tour of the U.K. in July 2019.

The song and music video for 'Let's Break Apart Together', filmed live on Seacliff Beach in front of the actual Cement Ship, received a great deal of positive feedback from the local community and lead to the band playing the 100th year celebration of it's own namesake.

The name comes from a Monterey Bay landmark, the SS Palo Alto. Built too late to be used in WW1, the 100 year old ship was grounded at Seacliff State Beach in Aptos and now serves as an artificial reef for marine life, including great white sharks.