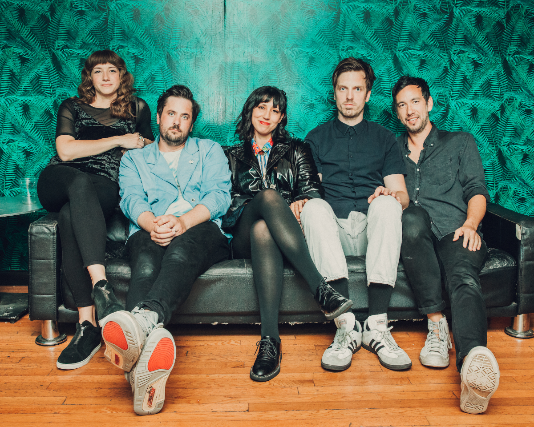 The third full-length from Deep Sea Diver, Impossible Weight is a work of sublime highs and mesmerizing lows, its restless intensity both unsettling and transcendent. For bandleader Jessica Dobson, the album’s sonic and emotional expanse stems from a period of sometimes-brutal self-examination—a process that began not long after the Seattle-based four-piece finished touring for their acclaimed sophomore effort Secrets.

With the release of Impossible Weight, Dobson hopes that others might reclaim a similar sense of freedom in their emotional lives. “Especially right now when the world is in disarray and there’s so much fear, I want this record to give people room to feel whatever they need to feel,” she says. “I hope it helps them recognize that it’s okay to fall apart, and that they’re meant to let others in instead of trying to work through everything on their own. Because the point is that the impossible weight isn’t yours to carry alone—that’s why it’s impossible.”