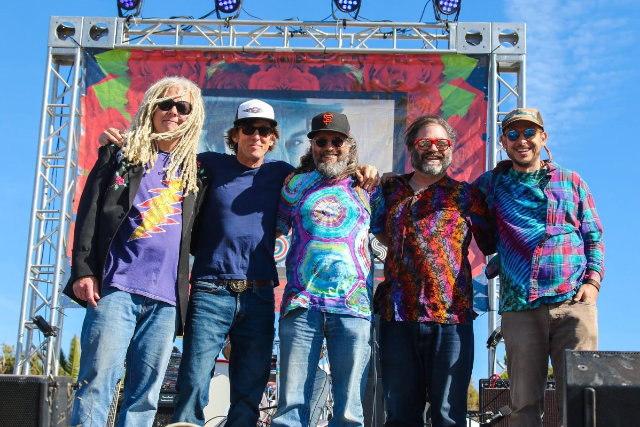 Join us in welcoming Northern California's premier Grateful Dead tribute band back to the main stage at Moe's!

The China Cats are the Bay area’s premiere Grateful Dead Tribute band, performing with the same lineup of players for more than 10 years. They competently play over 200 songs the Grateful Dead performed during their career and have a large mobile fan base. The China Cats have headlined at the Redwood Mountain Faire (Santa Cruz, CA), performed at the Skull and Roses Festival (Ventura, CA), Enchanted Forest Festival , Grateful Dead Archives (UCSC Santa Cruz) Hog Farm picnic, as well as many popular venues such as Terrapin Crossroads (san Rafael), Sweetwater Music Hall (Mill Valley) The Catalyst (Santa Cruz), Swabbie’s (Sacramento) Crystal Bay Casino (Lake Tahoe) Club Fox (Redwood City) The Ashkenaz (Berkeley) and many others.
Please Note: This event is 21 and over. Any Ticket holder unable to present valid identification indicating that they are at least 21 years of age will not be admitted to this event, and will not be eligible for a refund.