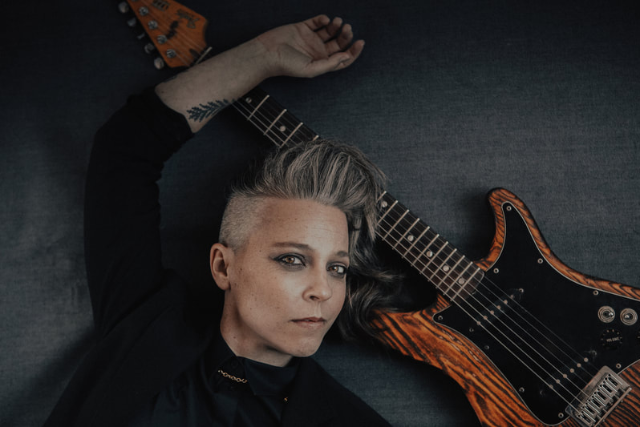 Erin McKeown is a musician, writer, and producer known internationally for her prolific disregard of stylistic boundaries. Her brash and clever electric guitar playing is something to see. Her singing voice is truly unique —clear, cool, and collected. Over the last 20 years, she has performed around the world, released 10 full length albums, and written for film, television, and theater, all the while refining her distinctive and challenging mix of American musical forms.

Her first musical, Miss You Like Hell, written with Pulitzer Prize-winning playwright Quiara Alegría Hudes, opened Off-Broadway at The Public Theater in 2018. It was nominated for 5 Drama Desk Awards, including Best Lyrics, Best Music and Best Orchestrations, and The Wall Street Journal named it Best Musical of 2018.

Leading her own band, she has performed at Bonnaroo, Glastonbury, and the Newport Folk Festivals. A familiar presence on NPR and the BBC, McKeown’s songs have also appeared in numerous commercials and television shows.

The Cabin Project, a quartet of Portland-based musicians, is an indie rock band whose sound stems from haunting choruses, three-part harmonies, pedals, synths and strings. The songs are musically expansive, yet retain an intimacy similar to that of The National, Warpaint and Bon Iver.

The Cabin Project started as a project of Katie Sawicki - a former-folksinger from Brooklyn, gone electric, is now defined by musical partner Zanny Geffel, on rooted in jazz and percussive inspired drums, and collaborators Jean Mastaler on pedal-driven electric violin and Kelly Clifton on melodic bass.