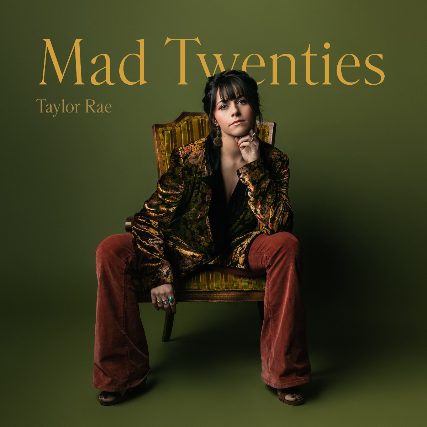 Powered by insightful, poetic and deeply personal lyrics, Taylor Rae’s music is propelled by a voice that, while wholly unique, could best be described as a sizzling folk, jazz and blues hybrid of Norah Jones and Grace Potter. The singer calls her musical style soul and roll: “It's not really soul music; it’s not really rock ‘n’ roll. It's a blend of all the roots genres that come from the earliest days of American music,” she explains.

Born in Santa Cruz and raised in the nearby mountain town of Ben Lomond, Taylor Rae Vencill’s eclectic musical journey took her first from California’s Central Coast to Los Angeles. Then, in 2018, she relocated to Austin, which, like her birthplace, offered the space and freedom to be true to herself both as an artist and an individual. Throughout her career she has remained nomadic, traveling countless miles to grace a plethora of stages from iconic Santa Cruz venues Moe’s Alley, Kuumbwa Jazz and the Catalyst, to Hollywood’s prestigious Hotel Cafe and the second stage at legendary Austin nightspot Stubb’s. Taylor has shared the stage with a variety of artists including Brandy Clark, The Stone Foxes, Kristian Bush and Reggae musician Mike Love. In 2017, Taylor won Santa Cruz NEXTies Award for Musician of the Year.

With her debut album, Mad Twenties, Taylor delivers 12 original tracks exhibiting a sophistication and maturity beyond her years. Each song offers a different perspective and mood; yet all the tracks embody her haunting and honest approach to songwriting. A largely chronological concept album, Taylor’s incisive lyrics similarly cover a broad emotional landscape, with an emphasis on a blossoming – then withering – romance charted from start to finish in stunning confessional detail. Helmed by producer William Gawley, the musical styles run the gamut from acoustic folk to Led Zeppelin-tinged rock and roadhouse blues, while also incorporating jazz and psychedelic influences.

Mokili Wa is a new and blossoming world-fusion music ensemble from Santa Cruz, California. Fronted by virtuoso Elie Mabanza, a native of the Congo, the band is animated by a great diversity of influences, both musically and experientially. From the blissful grooves of Africa to the evocative harmony of fusion and jazz, this groundbreaking group offers us an opportunity for deep connection and conversation in the spirit of hope and love.
Please Note: This event is 21 and over. Any Ticket holder unable to present valid identification indicating that they are at least 21 years of age will not be admitted to this event, and will not be eligible for a refund.