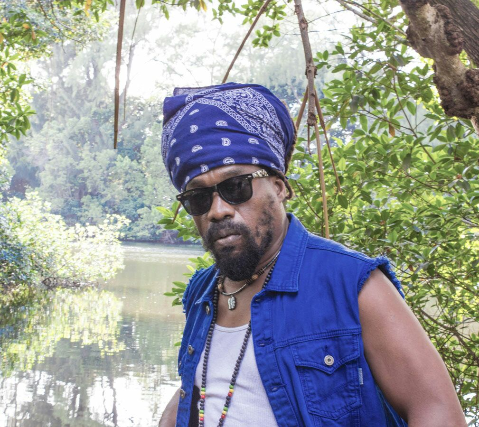 For more than thirty years, Mykal Rose has been recording and performing his brand of militant, hardcore Jamaican reggae to the delight of fans around the world. Mykal was the original lead vocalist of Black Uhuru with the original lineup including Sly & Robbie. At that time Black Uhuru rose to great popularity and fame worldwide coming up strong after Bob Marley and Peter Tosh. Sly & Robbie had formerly been backing Peter Tosh. This is the time when Black Uhuru had many great hit songs that have been top reggae anthems for many years which were mostly written and sung by Mykal Rose. Mykal was the lead singer on Anthem, the Black Uhuru album backed by Sly and Robbie that won the first reggae Grammy. As a solo artist, with Black Uhuru, and back as a solo artist, the "Ruff" Rose has achieved steadfast success throughout the years. June, July 2019 Mykal Rose and Reggae Angels completed a five week tour that spanned the US and headlining five festivals backed by Sly Dunbar & Lloyd Parks. Prior to that tour Mykal headlined the Jamrock Reggae Cruise.

Worldwide, Mykal Rose is a household name. He is one of the top reggae artists in the world. Mykal is an exceptionally talented vocalist and performer. He has an original style and sound that was quickly embraced by fans and music lovers. Mykal is the favored voice of Black Uhuru, with his Waterhouse slurs, effective songwriting and militant dancing and vocals.

The Reggae Angels are a staple in the reggae scene. They are known to deliver high energy performances with a happy sound and a universal God conscious message. Known for their live shows and their many albums, the Reggae Angels have been gracing stages for over three decades around the globe. They have performed on many major US and European festivals and they have toured extensively in North America, Hawaii, Canada and Europe and have also performed in South America and Africa. They have done five US tours backed by Sly and Robbie and the Taxi Gang and they have also toured with other legendary roots reggae artists such as Don Carlos, Marcia Griffiths, Bitty Mclean, Anthony B, Richie Spice, Mykal Rose, Luciano, The Abyssinians, Clinton Fearon, Sugar Minott, Andrew Tosh, Warrior King, Prezident Brown, Junior Reid and Frankie Paul as well as touring on their own.