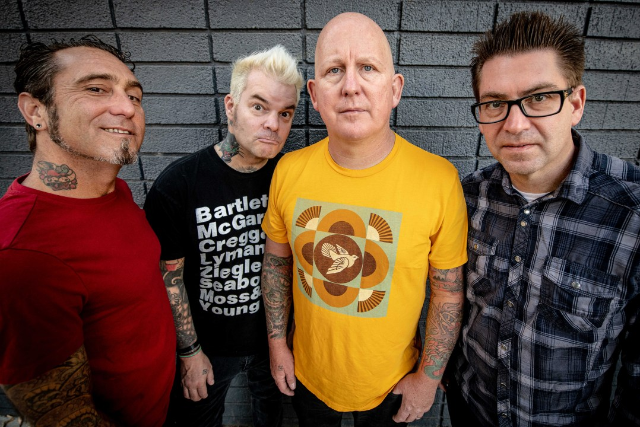 Good Riddance is a hardcore punk band from Santa Cruz, California which was formed in the early 1990s. The band grew out of California’s vibrant surfing and skateboarding culture and was influenced by such bands as Black Flag, The Adolescents, TSOL and Bad Religion as well as East Coast bands like Sick Of It All and the Cro Mags.

In May 2007 Good Riddance played their final show, fittingly in their hometown of Santa Cruz. The members then went their separate ways to raise families and pursue careers. Though there have been numerous offers to reform and play in the five years since, the band has turned them all down.

In 2012 the members of Good Riddance decided to get together and play a few shows again. The reason was simple: they missed the songs. The group has no immediate plans for any further releases at this point but is looking forward to reuniting on stage and celebrating the memorable material they have longed to play and which their loyal fans have been waiting to hear once again.