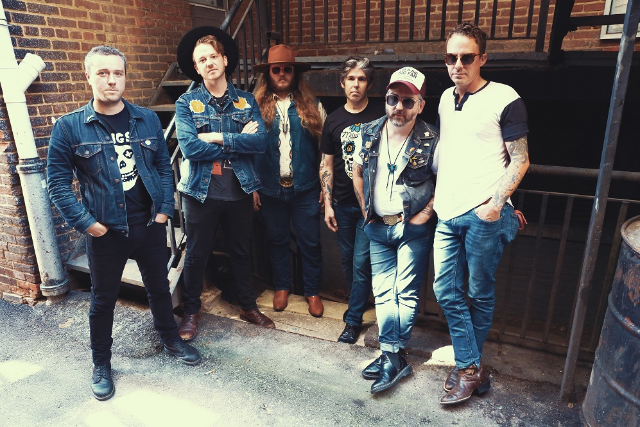 Vandoliers are the next wave of Texas music. The six-piece Dallas-Fort Worth group channels all that makes this vast state unique: tradition, modernity, audacity, grit, and—of course—size. Forever puts it all together for an enthralling ride down a fresh Lone Star highway.

Formed in 2015, Vandoliers are Fleming, bassist Mark Moncrieff, drummer Guyton Sanders, fiddler Travis Curry, electric guitarist Dustin Fleming, and multi-instrumentalist Cory Graves. Their first two albums Ameri-Kinda (2016) and The Native (2017) were released on State Fair Records. The band’s third album Forever is a mix of youthful and defiant punk, rugged Red Dirt country, and vibrant Tejano. The full-length’s 10 songs blend emblematic rock ‘n’ roll with bold horns, violin, and a slather of twang reflecting where the band is from, where they’ve been and, eventually, where they’ll be headed. It’s regional and universal all the same.

Ashleigh Flynn & The Riveters’ inaugural LP hit the streets in 2018 featuring a sound that hearkens back to early Stones, ‘70s psychedelic country rock, and alternately charms like a Sunday afternoon front porch session...