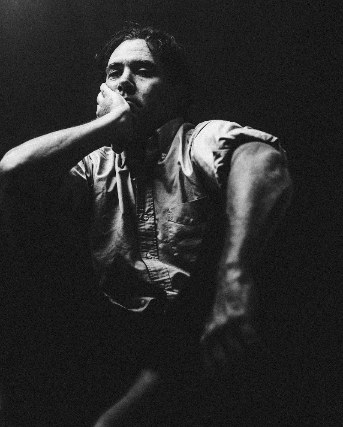 Over the past decade, Cass McCombs has established himself as one of our premier songwriters. It’s a career that has twisted and turned, from style to subject, both between records and within them. Diverse, cryptic, vital and refreshingly rebellious — just when you think you have him pinned down, you find you’re on the wrong track.

However, Mangy Love, his Anti Records debut, is McCombs at his most blunt: tackling sociopolitical issues through his uniquely cracked lens of lyrical wit and singular insight.

McCombs uses himself as a mirror to misguided and confounding realities, confronting them head-on: “Rancid Girl” reads like a ZZ Top study in Kardashian politics, “Run Sister Run” a mantra for a misogynistic justice system, “Bum Bum Bum” displays a racist, elitist government through the allegory of sadistic dog breeding; the album is sewn together by a common thread of ‘opposition,’ most directly articulated in “Opposite House”, with allusions to mental illness. ‘Laughter Is The Best Medicine’ provides a possible recipe for healing, with the help of an authentic medicine man, the legendary Rev. Goat Carson. The severity of his lyrics is contrasted by the music, which ventures into groovy realms of Philly soul, Norcal psychedelia and New York paranoia punk, articulating the spontaneity and joy of his live show better than ever before.

The record is unquestionably a work of great studio aptitude: a carefully arranged, high-fidelity production by veteran Rob Schnapf and Dan Horne. And as usual, McCombs is joined by many notable members of his eclectic musical tribe, whose names are proudly displayed on the back cover.

Mostly written during a bitter New York City winter and while travelling in Ireland, Mangy Love is Cass at the top of his game, reaching new sonic heights, creatively evolving lyrically, and resulting in his most provocative and complete record yet.