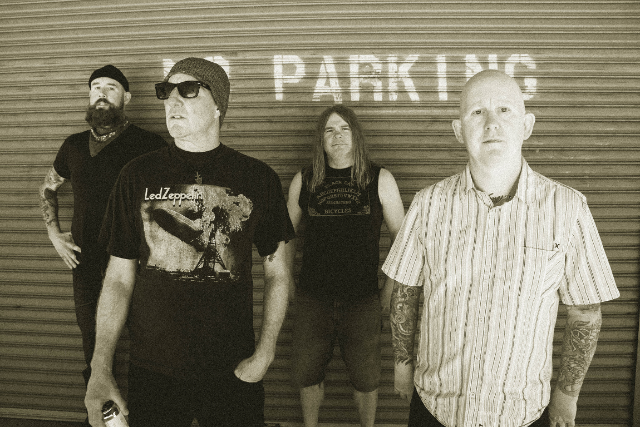 Moe's Alley and The Crepe Place present SEIZED UP! After a year, the band can finally have their record release show that includes Enemy of My Enemy and Mondo Chaga!

SEIZED UP
Seized Up was formed in Santa Cruz, California in early 2019 with Bl’ast singer Clifford Dinsmore, Fast Asleep guitarist Danny B., Good Riddance bassist Chuck Platt and The Distillers/Nerve Agents drummer Andy Granelli. The idea to form the band came after Fast Asleep (Buzzard / Platt / Granelli / Deep Six Records) had stopped playing and Dinsmore was eager to start something new with the guys, knowing it would be a great mix. A flash back of what all members are into, and that’s driving hardcore punk. Seized Up worked with Paul Miner at Buzzbomb Recording to recorded 11 songs for their first full length release. The group made its live debut in Santa Cruz in December of 2019 and this left people wanting more.

Enemy of My Enemy
High-energy punk and rock n’ roll band from Santa Cruz, CA. Pretty much as simple as that. Catchy music that blends some of the speed and grit of punk rock with the power of rock n’ roll. Featuring members of Fury 66, Dead Set, Six Steps to Hell, Hate Brigade, Culo a Boca, and Vultures at Arms Reach.

Mondo Chaga
High-powered rock, punk, garage, heavy duo!
Please Note: This event is 21 and over. Any Ticket holder unable to present valid identification indicating that they are at least 21 years of age will not be admitted to this event, and will not be eligible for a refund.