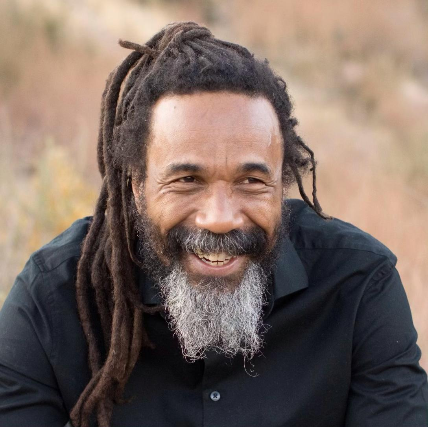 Prezident Brown, born Fitz Albert Cotterell, has been called, “one of the most interesting cultural dee-jays since U Roy”. Emphasizing positive messages, Prezident Brown has continued to pioneer his own direction, developing his own approach to dee-jaying that he calls, “The chanting stylee”. Born to a Seventh Day Adventist family in Colonel Ridge, Clarendon, Prezident Brown grew up in the small town of Oracabessa in the Parish of St. Mary, Jamaica.

Prezident Brown launched his musical career at the age of fourteen, when he began dee-jaying for the Sound King Stereo Mix at the Bamboo Lounge. Initially known as Junior Ranking, Prezident Brown was dubbed, “Slim Brown”, by dee-jay Nicodemus. When he recorded his debut single in 1988 Prezident Brown was named, “Dancehall Doctor”. The late Jack Ruby, producer of Burning Spear’s albums, “Marcus Garvey”, and, “Man In The Hills”, bestowed the title, “Prezident”, upon him.

Rise Up is a 5-piece Reggae band from California that was originally started in 2016 by founding members Chris Alcantara (vocals/rhythm guitar) and Alex Cortez (Drums). After gigging around the West Coast for a couple of years, the vision began to take real shape in 2019 with the additions of veteran Reggae players Rich Mihalek (bass) and Leland Smith (lead guitar/melodica). Rise Up recorded their debut EP “Lion Roar” at Imperial Sound Studios with EN Young (Nov. 2019) and added the talents of Danny Aledo (keyboards) to the band shortly after. The band then released two singles independently in 2020 with Empress Vibe and Newsman both recorded and produced by Rise Up’s own Leland Smith. They went back to the well with EN Young in 2021 and released a 5-song album titled “The Pursuit” in March. They followed it up with the independently released Dub album “Smoke Break-Rise Up Meets Jahmadeus” in April. Rise Up has had the honor of sharing stages in the past with such Reggae legends as The Meditations, Wailing Souls, Half Pint as well current artists in the genre such as Arise Roots, Marlon Asher, Sensi Trails, Josh Heinrichs and more.