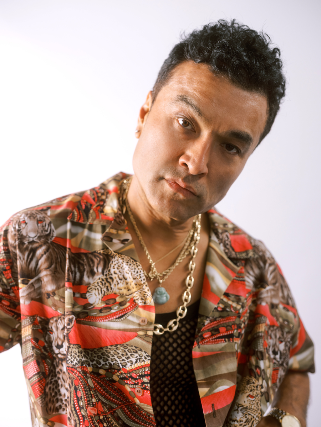 We also offer free, onsite, rapid antigen tests at Moe’s Alley 30 minutes before doors for this show. To save time at the door, fill out a one-time registration beforehand here: https://my.primary.health/r/lightspeed-testing Testing is open to the public, insurance is not necessary.

About Lyrics Born
Lyrics Born relocated to the United States from his birthplace of Toyko, Japan right around the time Hip Hop was exploding on the East Coast. From the moment he heard Sugar Hill Gang’s 1980 classic “Rapper’s Delight,”  the Bay Area Hip Hop luminary knew he’d found his calling. Twenty-five years later, LB has obliterated the stereotypes of what an MC is “supposed to” look like and captured the hearts of countless fans who gravitate to his distinctive voice. He’s now the only Asian-American MC to release 10 studio albums and the first to play major music festivals like Coachella and Lollapalooza.

As LB continues the next chapter, he jokes that he’s become that “old stubborn Japanese man”  who says what he wants and he’s not planning on going anywhere. In fact, his goal over the next 25 years is to make another 10 albums and more films. Most notably, he wants to continue providing a platform for other Asian-Americans, a slice of the population that is consistently underrepresented in pop culture.

Alwa Gordon
Alwa first fell in love with Hip-Hop when he heard Tupac’s “My Ambition as a Rider.” Having received the CD from his older brother, it changed his life forever. Growing up in Santa Cruz CA, a small beach town, Alwa drew from the influences of his childhood, a son to a single mother with a missing dad. He began writing and recording music at just 16. In 2012, through a mixtape called “The 11th Hour.”, Alwa gained major label attention, which led to a studio session with Grammy award winning singer/songwriter “Poo Bear”. After getting an inside look at the music industry, Alwa spent the next 4 years working on his craft, honing his stage performance and live delivery. His focus, telling his story in a way that captivated audiences. In 2016 he established his own creative label “88 Over Everything”. In 2019 Alwa dropped his first official project “16 Summers.”